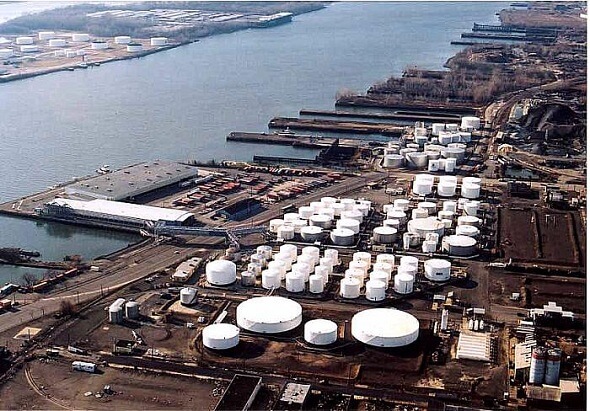 A Kinder Morgan Energy Partners LP shareholder has filed a class action lawsuit in Delaware Chancery Court on Friday to put the imminent $70 billion merger between Kinder Morgan Inc.’s limited partnership units to a halt. Lead petitioner Irwin Berlin said that under the tax structure of the KMI buy out of equity shares of its oil and gas units is such that, shareholders will lose a 4 percent premium per share.

“The tax consequences of the proposed transaction significantly (and disproportionately) impact” Energy Partners holders, Berlin said in the complaint. “Investors who purchased units of the company as a retirement strategy will immediately owe taxes which they, if they had held the investment until death, would not have had to pay.”

Earlier in August, it was announced that Houston billionaire Richard Kinder is disbanding his pipeline empire to fortify it for growth as the U.S. shale drilling boom opens up $1.5 trillion in potential projects. Kinder Morgan, which incorporates a gigantic network of oil and gas pipelines across North America, will acquire its three associated organizations and revamp as one organization situated in Houston. Kinder, 69, holds a 24 percent stake in Kinder Morgan Inc.

Investors since long have been putting a lot of pressure on Kinder to consolidate in order to cut costs and boost profits. The consolidated Kinder Morgan empire is set to have an estimated value of about $140 billion, which is $100 billion of market value and $40 billion of debt, which now makes it the third-largest energy organization in the United States, after Exxon and Chevron.

Industry Leaders Magazine reported earlier, that under the terms of the deal, Kinder Morgan will acquire its two related M.L.Ps — Kinder Morgan Energy Partners and El Paso Pipeline Partners — and a third related organization, Kinder Morgan Management, for $70 billion. Kinder Morgan will pay a premium for each one organization, and utilize for the most part stock in order to fund the purchases, permitting shareholders to basically proceed with their ownership. The deal consists of $40 billion in parent-company equity, $4 billion in cash and $27 billion in for assumed debt, as indicated by a presentation posted on Kinder’s site in August.

Irwin Berlin is trying to speak to all Energy Partners shareholders in an attempt to annul the consolidation agreement.

Larry Pierce, a representative for Houston-based Kinder Morgan, hasn’t commented on the issue yet.

Anna Domanska
Anna Domanska is an Industry Leaders Magazine author possessing wide-range of knowledge for Business News. She is an avid reader and writer of Business and CEO Magazines and a rigorous follower of Business Leaders.
« The Bitter Battle between Utilities and Solar around the Globe
Hewlett-Packard Planning to Split into Two Companies: Report »
Leave a Comment
Close