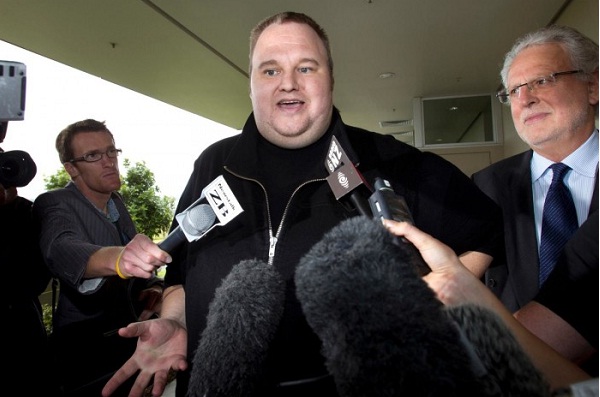 Kim Dotcom, the founder of Megaupload and Mega

He is back! Kim Dotcom, the founder of once widely-used and then banned website Megaupload, launched his new venture, namely, file locker service Mega. The launch of the new cloud storage and file-sharing site comes one year after the closure of  popular Megaupload, while Kit Dotcom is facing extradition to the United States as he is charged with internet piracy.

New file-sharing site “Mega” is expected to gain popularity due to the fact that it is a service that enables people to upload and store files, including films and music records. It is simply a continuation of famous Megaupload which was shut down by authorities for breaking copyright laws. New Kim Dotcom’s service “Mega” was launched by him and his co-workers Finn Batato, the former chief marketing officer of Megaupload, Mathias Ortmann, chief technical officer, director and co-founder of the file-sharing website, and Bram van der Kolk.

New file locker service “Mega” is said to have a end-to-end encryption system enabling its users to cypher their files before they decide to upload them. As it has been underlined by Kim Dotcom its new service “Mega” would duplicate encrypted files and store them with hosts, while the servers are located in New Zealand and overseas as well. The users of Kim Dotcom’s new service will be able to decide whether they want to share a unique decryption key or not. The new system is designed this way that the site’s operators will not have an access to files and as a result, they will not be made accountable for users distributing copyright-infringing content.

Having used his Twitter Feed, Kim Dotcom informed that new service “Mega” had impressive 100,000 registered users in less than one hour after the launch of the venture. He also stressed that the decision to launch the new file-sharing website was not the beginning of some kind war against the US government or Hollywood. As it  was noted by him, the new file locker service “Mega” was legitimate and authorities would not find a reason to shut down the site.

The launch of service “Mega” comes one year after Megaupload was closed and Kim Dotcom was arrested in New Zealand. He and his three co-workers, Finn Batato, Mathias Ortmann and Bram van der Kolk, are continuing to fight the extradition process. The US authorities claim that users of Megaupload were responsible for pirating content valued at approximately $500 million, thus outlawed file-sharing website Megaupload was shut down.