Kia customers whose vehicles are to be recalled will be notified in March 2022.

In the US, Kia is recalling over 410,000 vehicles, including models from 2017, to fix an issue that could prevent airbags from inflating during a crash.

In the official statement released by the company, they admit that the airbag control computer cover can contact a memory chip and damage the electrical circuit, which can prevent the airbags from inflating. 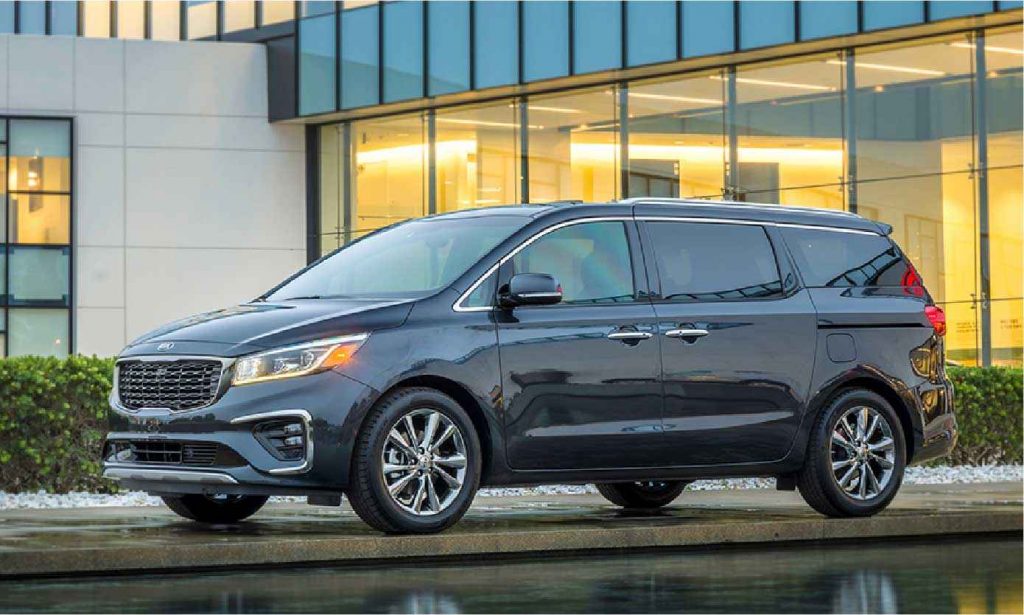 The South Korean automaker recalled over 410,00 vehicles to fix the safety risk.

The South Korean automobile maker assured customers that dealers will start contacting them in March. The company admitted that they first became aware of the problems after issues surfaced in South Korea, in July 2021.

They stated, “the remedy component contains a different PCB with a different EEPROM location thereby preventing contact between the ACU cover and EEPROM.” Kia admitted that they have received 13 customer complaints and 947 warranty claims, but no injury or crash has been reported.

In their remedy plan, Kia mentions that, “All owners of the subject vehicles will be notified by first class mail with instructions to bring their vehicles to a Kia dealer. If the Airbag Warning Light (ABWL) is illuminated and the ABWL is due to existence of diagnostic trouble code B1620, the dealer will replace the Airbag Control Unit with an improved one. If the ABWL is not illuminated, a software update will be installed to the Airbag Control Unit to ensure deployment of the airbag(s) in the event of a crash that warrants such protection even if the recall condition related to DTC B1620 occurs in the future. Kia will reimburse owners for repair expenses already incurred pursuant to Kia’s General Reimbursement Plan filed May 11, 2020.”

Kia owners can check whether the recall applies to their vehicle by visiting the site and entering their vehicle identification number (VIN).

Kia’s announcement comes amid recall by other car manufacturers. Mitsubishi is recalling around 17,000 units of the 2022 Outlander series due to a potential issue with the fuel pump’s wiring. The automaker clarified that not all units have been affected, but it is recalling a large number to be on the safer side. The company mentioned that some of the Outlanders have been built with a fuel pump whose commutator and wires weren’t fused properly during the production process. This can cause problems in continuity and cause the engine to suddenly stall or not start. Owners will be intimated by March 2022.

Another automaker recalling cars is Ford. The iconic car manufacturer is recalling over 200,000 cars in the US to fix a problem with brake lights. The cars covered include the 2014 and 2015 Ford Fusion and Lincoln MKZ midsize cars and 2015 Mustangs. The company acknowledged that sometimes due to high temperatures and humidity the rubber brake pedal part can disintegrate that can cause the brake light to stay on, posing a safety risk. Owners will be notified from March 2022, and dealers will replace their brake and clutch pedal bumpers to resolve the issue.

Japanese automobile manufacturer Nissan, too, issued a recall for their SUVs in the US and Canada. The company has recalled over 700,000 of its 2014–2016 model year Rogue SUVs. The irony is heavy as the issue is with its dashboard harness connector. In a report filed with the National Highway Traffic Safety Administration (NHTSA), the company admitted that if water and salt get into the wiring, in rare cases it can even lead to a fire or other thermal incidents.  The automaker will start intimating customers from March 2022, and is still working on a plan to remedy the issue.

Christy Gren
Christy Gren is an Industry Specialist Reporter at Industry Leaders Magazine she enjoys writing about Unicorns, Silicon Valley, Startups, Business Leaders and Innovators. Her articles provide an insight about the Power Players in the field of Technology, Auto, Manufacturing, and F&B.
« How Does The Rivian R1S Stack Up Against Its Competitors?
Automotive Wheel Market Will Be Worth $76.89 Billion by 2030 »
Leave a Comment
Close

Neslon admitted that gasoline, travel, food courts, and business centers performed exceptionally well, adding to the overall profits. The retailer hit an all-time high when it came
9 hours ago

Musk has been critical of Twitter’s free speech policies as he believes the social media giant is “the de facto public town square.” When the Elon Musk Twitter deal was annou
9 hours ago