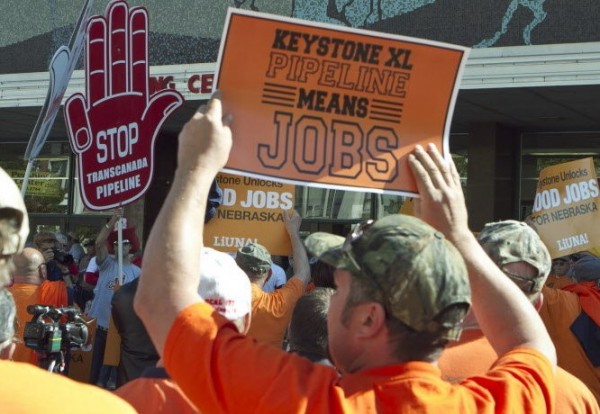 John Engler, the president of Business Roundtable said today, “In its report yesterday, the President’s Council on Jobs and Competitiveness declared it imperative that the United States adopt an ‘all-in’ approach toward energy development. One day later, the State Department walks away from the Keystone pipeline – a massive oil project, which would create thousands of jobs, strengthen the economy and help America move toward energy security.”

It was reported in several business news that the decision of the state department was not a judgment the Keystone pipeline merits, but the illogical nature of a deadline that has been the culprit in preventing the fact-finding needed to approve the project.

Fascinatingly, crude oil prices dropped after the first news that the White House would reject the Keystone pipeline project, after eclipsing $102 a barrel earlier in today, crude oil was down 0.12 percent or 12 cents, settling at $100.59 on the day.

Energy analyst and editor of the Schork Report, Stephen Schork’s comment in a business magazine read, “The Keystone pipeline should have been under construction right now. It’s going to be continued to be delayed. What you’re doing is injecting uncertainty once again into the market, and that uncertainty comes at a price. We’re going to see it in higher prices.”

Rays of Hope for Keystone Pipeline

John Engler and other energy analysts appreciate that the State Department will give TransCanada another chance to reapply. In fact, analysts are confident enough that the Keystone pipeline will be approved in the future because it is in the national interest.

Keystone pipeline project supporters say U.S. rejection of the pipeline would not stop it from being built. Canada is serious about building a pipeline to its West Coast from where oil could be traded to China and other Asian markets.