Keyless, Solar-powered Bike Lock that Alerts you When Someone Tries to Steal your Bike

If you own a bike, you probably understand how nasty thieves are, who constantly take up the challenge of snatching your bike from under your nose if its lock is anything less than a nine-pound chain. There are companies like Kyrptonite and OnGuard using manganese steel in locks to give you extra security, but in cities like New York even that isn’t enough. 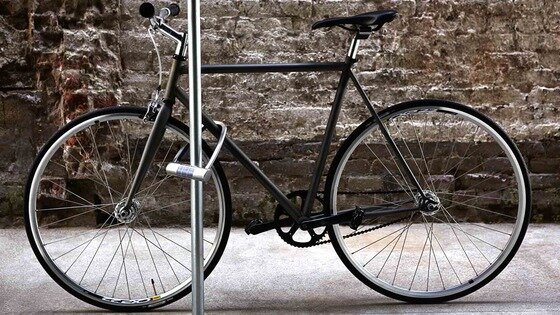 San Francisco-based Velo Labs has just won the hearts of thousands of bicyclists by unveiling Skylock, a gen-next bike lock.

Skylock, is a Bluetooth-equipped solar-powered u-lock that syncs to your smartphone and sends out alerts incase it detects anything suspicious. It also alerts in case someone is messing with the bike’s lock for an extended period of time. The feature can seem a little handy at times or completely annoying, it totally depends on the outlook of the user. You don’t need to waste your time fiddling through your bag or pockets for keys, it automatically unlocks when you walk up to your bike.

Okay. So what if your phone dies out? You can always use the keypad for entry, through the four-button capacitive pad.

The Skylock has an accelerometer embedded, that alerts in case of an accident by pairing with the bicyclist’s phone using Bluetooth Low Energy and WiFi. Skylock doesn’t rely on batteries. The solar panels embedded on the bike need only an hour of sunlight to last through a month of usage. 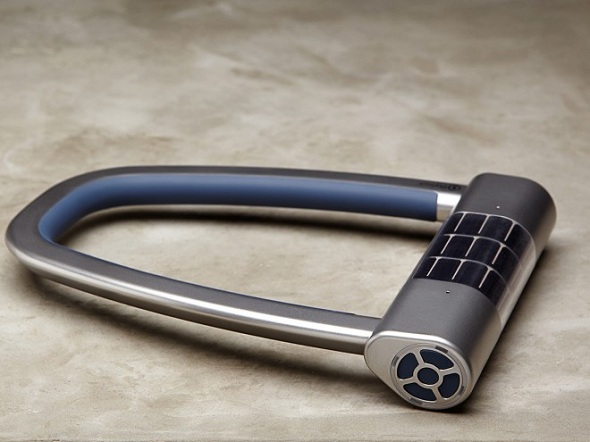 The solar panels embedded on the bike need only an hour of sunlight to last through a month of usage.

Velo Labs was founded by Jack Al-Kahwati and Gerardo Barroeta, both former Boeing engineers. “As a former engineer at Boeing, I have spent years working on tanks, helicopters and aircrafts, and while these forms of transportation have made huge leaps in safety and connectivity the bike is still stuck in the 19th century,” says Jack Al-Kahwati. “We wanted to take on the challenge of bringing cycling into the future.”

Is Skylock the Airbnb of bikes? Jack Al-Kahwati says “We thought that a connected bike lock would really generate the next generation bike share platform”. Since there are no keys involved, bicyclists can lend it to others without a key. “We have lots of ideas in bike share, but it’s important that we properly introduce a product first,” said Al-Kahwati addressing the questions of next moves by the company.

Velo Labs is currently running a crowdfunding campaign to raise money for the production of Skylock. The company is set to sell the lock for $249.