Key Leadership Lessons We All Can Learn From the Founding Fathers 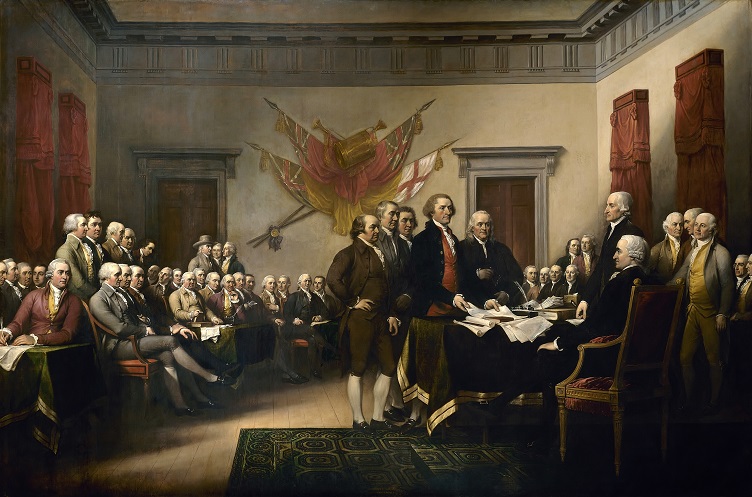 A) Lead the cause

Leadership without a cause is hollow leadership. No matter how difficult the chosen path seems, you must believe in the path you have chosen and stick to it.

B) Leadership and innovation

Alongside their winning leadership traits, many of the Founding Fathers of America harnessed their intelligence in solving everyday problem. George Washington, the first President of America, made one of the most interesting agricultural innovations, the 16 Sided Threshing Barn. Benjamin Franklin, one of America’s most prolific inventors believed in making his inventions open source. He refused to file for patents for any of his devices. He invented the glass harmonica, the lightening rod, and the bifocals. Thomas Jefferson, the first Secretary of State, designed the swivel chair, the wheel cypher – a remarkable multiwheel encryption device, to encrypt messages. Thomas Paine, designed a crane for lifting heavy bodies, a scheme for using gunpowder as a motive power by explosion, and a concentric wheel.

Leaders should never hold themselves from being unconventional. If Steve Jobs or Larry Page or Bill Gates thought average, we’d never have the Apple iPhone, or Google, or Microsoft Office. Rather than getting discouraged, be persistent in your pursuit. Don’t be afraid of failing.

As a commander-in-chief of the Continental Army, George Washington faced humongous difficulties. During the American Revolutionary war, Washington endured discouraging factors like lack of supplies, financing and the threat of unpaid soldiers abandoning him. He lost batter after battle but, he always lived to fight again another day.

Perseverance is one of the key qualities to achieve success. With perseverance, you learn to walk, to talk, to write. Think about it this way: to solve a puzzle you have to fix individual pieces first. Similarly, to reach to your goal, invest yourself in moving forward and learn the necessary lessons as they come along. Moreover, by leading with perseverance, you’re making incessant efforts to achieve your goal. It is important to not give up even if you haven’t managed to achieve your goal in the first go.

So, what do you think? Apart from the aforementioned leadership lessons from founding fathers, are there any others you would like to propose? Share it in the comments.

Anna Domanska
Anna Domanska is an Industry Leaders Magazine author possessing wide-range of knowledge for Business News. She is an avid reader and writer of Business and CEO Magazines and a rigorous follower of Business Leaders.
« Companies around the World Are Letting Employees Work from Home
Samsung Earnings 2016: Best Profit in Two Years »
Leave a Comment
Close