Warning: preg_match(): Unknown modifier '/' in /home/customer/www/industryleadersmagazine.com/public_html/wp-includes/class-wp.php on line 223
 Kelp Forests will be used as ‘carbon sinks’

Seaweed and aquatic plant ecosystems are increasingly been recognized as “carbon sinks.” Kelp forests in 2018 absorbed as much as 1.73 million metric tons of carbon emissions which is equivalent to emissions produced by over 380,000 households.

The ravaging impacts of climate change have inspired many campaigns to protect the environment, mostly for our future generations. To reverse some of the consequences people and wildlife are facing, proposals like energy revolution and improved cultivation of “carbon sinks” have been recognized as the wisest move. While nations and several governments are complying gradually with the energy shift, plants that absorb harmful greenhouse gases are also increasingly changing the aerial view of our lands.

Japan’s Ministry of Land, Infrastructure, Transport, and Tourism have disclosed a revolutionary plan to strengthen its measures against global warming. The ministry is going beyond lands and will utilize aquatic plant ecosystems and seaweed such as kelp and mangrove forests off and in the nation’s ocean shores as carbon sinks.

“Blue carbon” is the ability of plant-like protists and coastal marine plants to absorb CO2. The United Nations Environment Programme has since 2009 advocated for the use of blue carbon in campaigns against global warming. Last week, precisely on June 11, a panel of experts began discussions about estimated amounts of CO2 that could be absorbed by the plants and how the flora could be conserved. 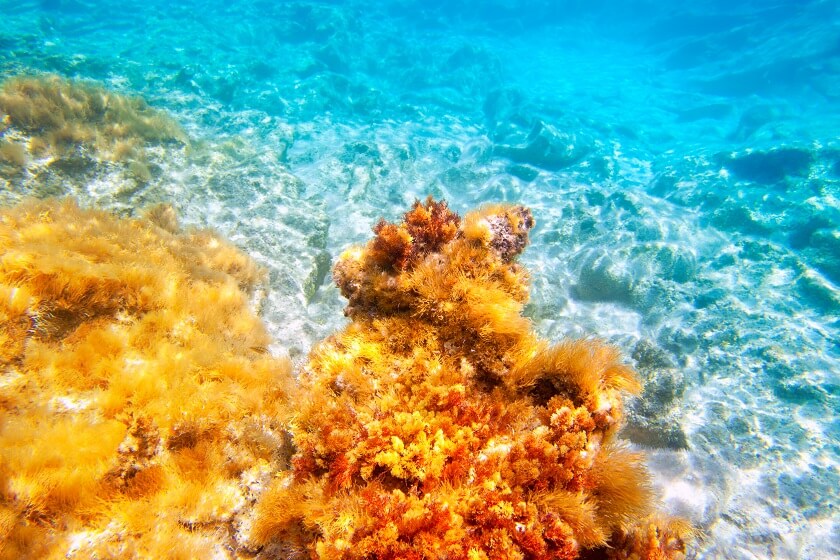 Kelp forests in 2018 absorbed as much as 1.73 million metric tons of carbon emissions which is equivalent to emissions produced by over 380,000 households.

The true value of kelp forest for their ability to soak up carbon dioxide was only recognized in recent years despite its long-noted importance in marine life cultivation. Kelp forests’ carbon-sink ability has been compared with those of land-based forests. Seaweeds are already been used in calculating figures of greenhouse gas emission.

Marine ecosystems in Japan’s coastal waters have been estimated to absorb around 1.73 million metric tons of carbon emissions, based on trial calculations compiled in 2018 by the blue carbon research group. That figure accounts for carbon emissions produced by about 386,000 households, based on figures collected in 2013.

Head of the Coastal and Estuarine Environment Group Tomohiro Kuwae, who is a blue carbon specialist, said governments are now increasingly recognizing the marine ecosystems “from a global warming prevention point of view.” Speaking to Mainichi Shimbun, the Port and Airport Research Institute (PARI) research scientist said: “I want the Japanese government to lead the advancement of blue carbon initiatives.”

Christy Gren
Christy Gren is an Industry Specialist Reporter at Industry Leaders Magazine; she enjoys writing about Unicorns, Silicon Valley, Startups, Business Leaders and Innovators. Her articles provide an insight about the Power Players in the field of Technology, Auto, Manufacturing, and F&B.
« Could Kelp be the next Kale?
Facebook has a New Revenue Source – a Cryptocurrency Venture Called ‘Libra’ »
Leave a Comment
Close

Fitch Ratings, a global leader in credit ratings and research, has inked a partnership with a French artificial intelligence startup as it e...
3 hours ago