Kellogg Will Widens its ‘Snack’ Presence by Acquiring Pringles 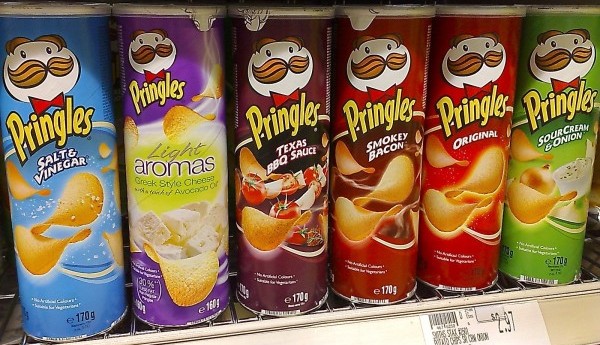 Kellogg is craving for a salty snack. And that’s exactly why the Kellogg Company said it would buy P&G’s Pringles for about $2.7 billion in cash. Kellogg is kind of plunging in on the snack company after an earlier agreement with Diamond Foods fell apart.

The food giant, Kellogg, is best celebrated for its array of sweet breakfast items that include Frosted Flakes and Eggo frozen waffles. But it became the world’s second-biggest savory snack maker Wednesday, behind PepsiCo Inc.’s Frito-Lay with a $2.7 billion deal to buy the potato snack brand from Procter & Gamble, as reported by a business magazine. The acquisition deal will add a prominent brand like Pringles to existing Kellogg snack, which offers Keebler and Cheez-It, helping the company increase its presence in snacks.

Beginning with its $4.5 billion purchase of Keebler in 2000, Kellogg has tried to reduce its dependence on its mainstay cereal business, which includes Corn Flakes and Rice Krispies.

P&G’s decision to sell to Kellogg trails a failed effort by Diamond to acquire Pringles. The Stockton Company had reached an agreement with P&G in April to buy the chip brand in a deal valued at $2.35 billion, a move that would have tripled the size of Diamond’s snack business.

Kellogg, which gets most of its revenue from North America, is looking for Pringles to help it expand into a global snacking company. But the news is that Pringles, known for its iconic tube packaging, is sold in more than 140 countries and gets two-thirds of its $1.5 billion in annual revenue from overseas.

Kellogg expects to close the Pringles acquisition deal during the summer, possibly by the end of June. If the deal closes around that time, it will nearly triple Kellogg’s overseas snacks business. Kellogg anticipates it will add about 8 to 10 cents per share to its 2012 earnings for each share before accounting for the acquisition and one-time costs and changes to its buyback program. One-time costs are expected to be between $160 million and $180 million, with approximately $70 million to $90 million of those costs likely to be recognized in 2012. This way Kellogg hopes to achieve at least $10 million in cost savings this year, a number that they expect to increase.

But analysts have a slightly different opinion about the Kellogg – Pringles acquisition deal. Stifel Nicolaus analysts wrote in a research note of a food and beverage magazine, “Kellogg already has a dominant position in the snacks category, including fruit snacks, granola bars, cookies, crackers, etc. Pringles will simply add to this dominant market share position in these important growth categories.”

Kellogg prepares to pay for the deal with about $2 billion in debt financing and with cash on hand. But Mr. Bryant said that the growth projections, as well as the availability of cheap financing, made the deal obvious.

Christy Gren
Christy Gren is an Industry Specialist Reporter at Industry Leaders Magazine she enjoys writing about Unicorns, Silicon Valley, Startups, Business Leaders and Innovators. Her articles provide an insight about the Power Players in the field of Technology, Auto, Manufacturing, and F&B.
« Facebook Feeds Angry Birds with ‘Likes’
Greece is Confident Even as Crude Oil Prices Rise on Iran Worries »
Leave a Comment
Close