Keeping it in the family: Japan’s oldest companies have survived for 1,000 years

The business DNA that allows Japan to run businesses through centuries is the simple belief in longevity over numbers.

Japan, the island nation has maintained its uniqueness and traditions through the ages and one of its mainstays is its work ethics. The result is that it boasts some of the oldest companies in the world. It has some which were started nearly 1000 years ago and are still operational in some form, run by the heirs.

World-wide, there are 967 businesses founded prior to 1700 (and dating as far back as 578) that are still in operation today. And 517 of them or 53 percent are located in Japan. Japan can boast of eight of the world’s ten longest-running businesses, all founded prior to 800, including the world’s oldest hotel, Nisiyama Onsen Keiunkan, a hot spring that has been in continuous operation since 705. The world’s oldest sake brewer Sudo Honke, 1141, religious goods company Tanaka Iga, 885, confectionary company Ichimojiya Wasuke, 1000, and, until recently, construction company, Kongo Gumi, 578. 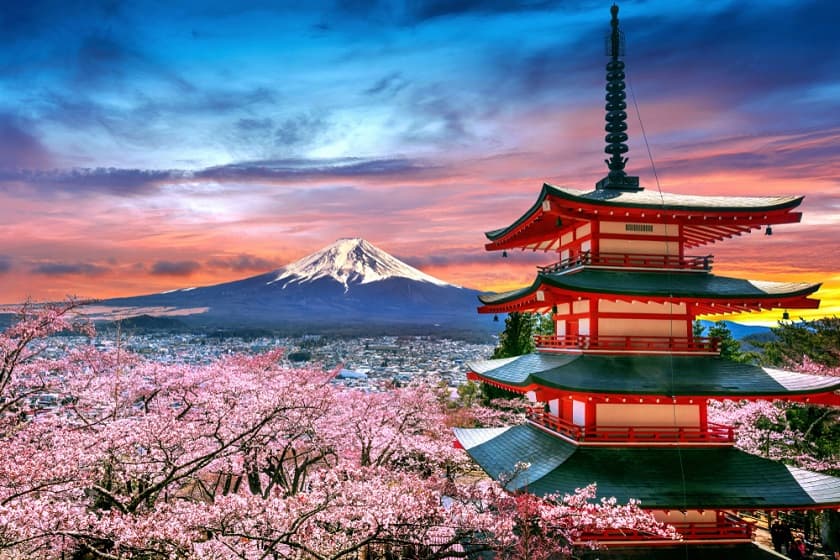 Cherry blossoms in spring, Chureito pagoda and Fuji Mountain at sunset in Japan.

Old country with an old economy

Many economists and historians have tried to answer the question of why Japan has this tradition of continuing businesses through the ages and surviving. Japan, is an “old country with an old economy,” is the general answer given, which encompasses, culture, tradition, socio-economic factors and even geography.

The majority of its longest surviving businesses were created along trade routes from Tokyo to Kyoto. Another reason given is that Japan always had a well-developed agriculture economy triggering a semi-urban population that created a demand for such goods and services. This semi-elite urban class provided a strong consumer base.

Another reason for the survival of the companies was the tradition of primogeniture that the businesses followed. The company was always passed on to the eldest son or a son-in-law. David Weinstein, professor of the Japanese economy at Columbia University says that because the eldest son inherited all of a patriarch’s wealth, companies in Japan could be passed on entirely to a single member of the family.

Another tradition was to adopt an adult relative or a good worker to run the family business. In 2011, more than 90 percent of the 81,000 individuals adopted in Japan were adults, according to a Journal of Financial Economics study. Firms run by adopted heirs, research shows, outperform those run by “blood” heirs—and both adopted and blood heirs outperform non-family firms.

The practice of adopting a son-in-law is called“Mukoyōshi.”

Many of Japan’s most prized companies have adopted Mukoyoshi. Freakonomics writes of one such example, that of auto manufacturer, Suzuki.

Another reason is that Japan has always been inward-looking, and especially from 1641 to 1853, before it entered a period of expansion in the Chinese and Korean territories. This helped it preserve its economy in a period of long peace.

The Japanese also enjoy the longest human lifespan of any population on Earth, as well as the third lowest infant mortality rate, which add to any country’s economic robustness.

Japan has a tradition of being very respectful of traditions and elders and a strong customer service ethics. Hence, most of the oldest surviving businesses are in the hospitality area—the inns.

Another reason is most of the surviving businesses have worked hard to preserve their core competencies, even in a changing economic scenario they have worked to utilize their expertise and expand.

One Kyoto-based kimono manufacturer dating back to 1688, Hosoo, has expanded into carbon fiber production for materials companies. “The core competency is the same: 3-D weaving,” says Yoshinori Hara, dean and professor at Kyoto University’s Graduate School of Management.

“These companies prioritize values such as commitment to the family business, continuity, quality, community and tradition over financial logic,” says Innan Sasaki, an assistant professor at the University of Warwick’s business school. “Consequently, in Kyoto, these firms enjoy a social standing that goes way beyond what stakeholders would ordinarily ascribe to family firms, making them an elite class of organizations.”

Business is seen as a commitment, there is no choice there, the person set to inherit sees it as a privilege rather than a burden. Also, there is enough flexibility within the system to allow for choosing the best candidate for the job, whether the son, the son-in-law or a trusted aide or performer.

The point is, owners want the company to continue hence, longevity is preferred over the momentary present. In other words, Japan’s business culture is not to obsess over quarterly reports.

Christy Gren
Christy Gren is an Industry Specialist Reporter at Industry Leaders Magazine she enjoys writing about Unicorns, Silicon Valley, Startups, Business Leaders and Innovators. Her articles provide an insight about the Power Players in the field of Technology, Auto, Manufacturing, and F&B.
« JPMorgan to shell out $1 billion for full ownership of CIFM
Salesforce Announces Layoffs amid Best Quarter Earnings Report »
Leave a Comment
Close