Kanye West, the well-known rapper and musician, has built a name in the fashion industry too with his fashion line,  Yeezy. The 42-year-old rapper recently unveiled the new Adidas Yeezy Foam runners at the Fast Company’s Innovation Festival.

West showcased the prototype of the new shoes on November 7, along with the designer Steven Smith. The designer said that the shoes are built on the eco-friendly and sustainable concept that West has tried to build his Yeezy brand around.

The new shoes are made from a foam created from algae mixed with ethylene-vinyl acetate, a petroleum product. The duo said the algae-based shoes are the first of many sustainable and eco-friendly products to come from the company. According to a tweet from the company, the shoes will be available in the market sometime in early 2020 and will cost $72. The sneakers, which look a lot like crocs, are khaki in color and West said that the team was working on coming up with alternatives to harmful dyes. Maybe a more colorful fashion line can be expected from West in the future. As is noticeable, even his clothes fashion line tends to be in khaki and khaki green and off whites. 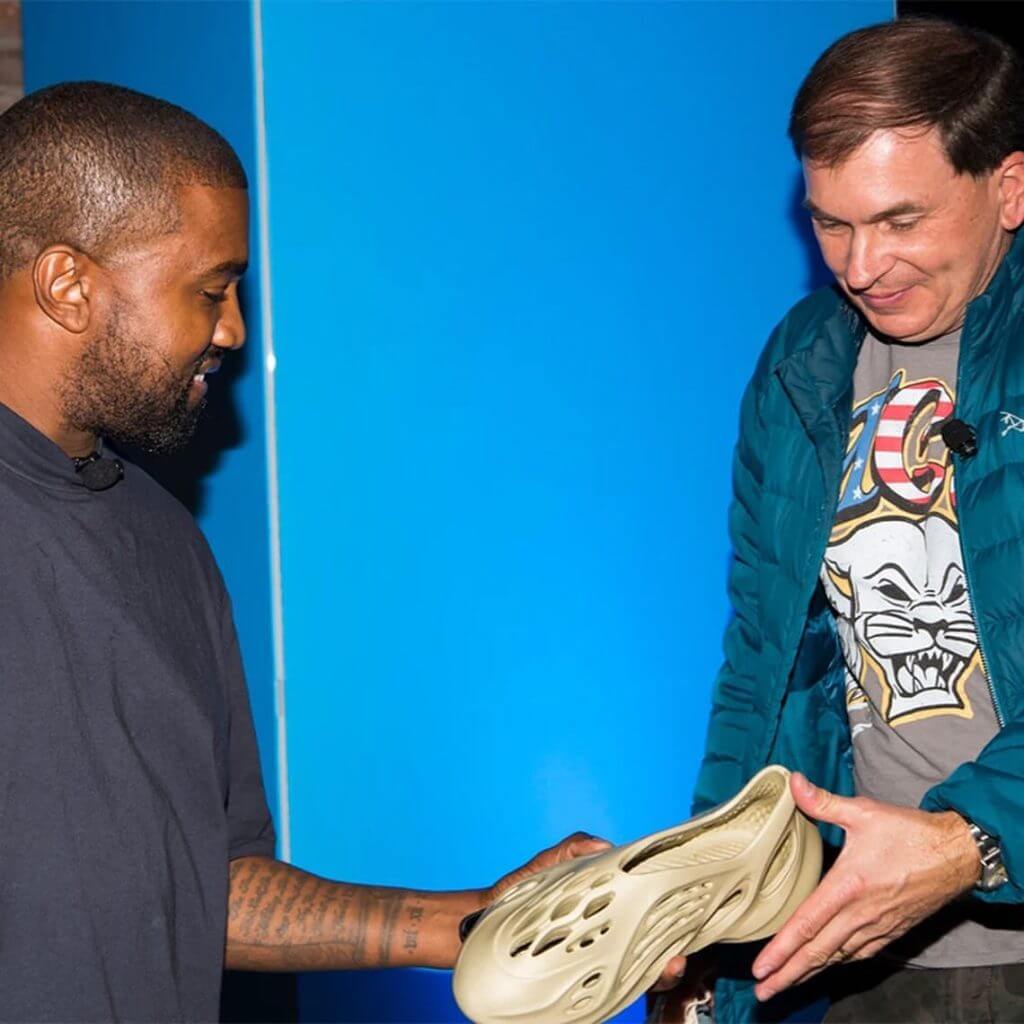 West also announced at the summit that the company will be moving operations to Cody, Wyoming, to a 4000-acre farm, where they will grow their own algae in a hydroponic farm.

With the company headquarters set to move to Wyoming and the emphasis on an eco-friendly image, it is not clear whether all shoes going forward will be made from the algae foam or only this line. West and Smith both talked of their vision for the company and designs that they want to work on. Expanding on the future plans of his business, West said that the company would be focusing on innovation and sustainability.

Earlier in September, the rapper gave a teaser of the shoes. His daughter, North, was seen wearing a prototype of the foam shoes. 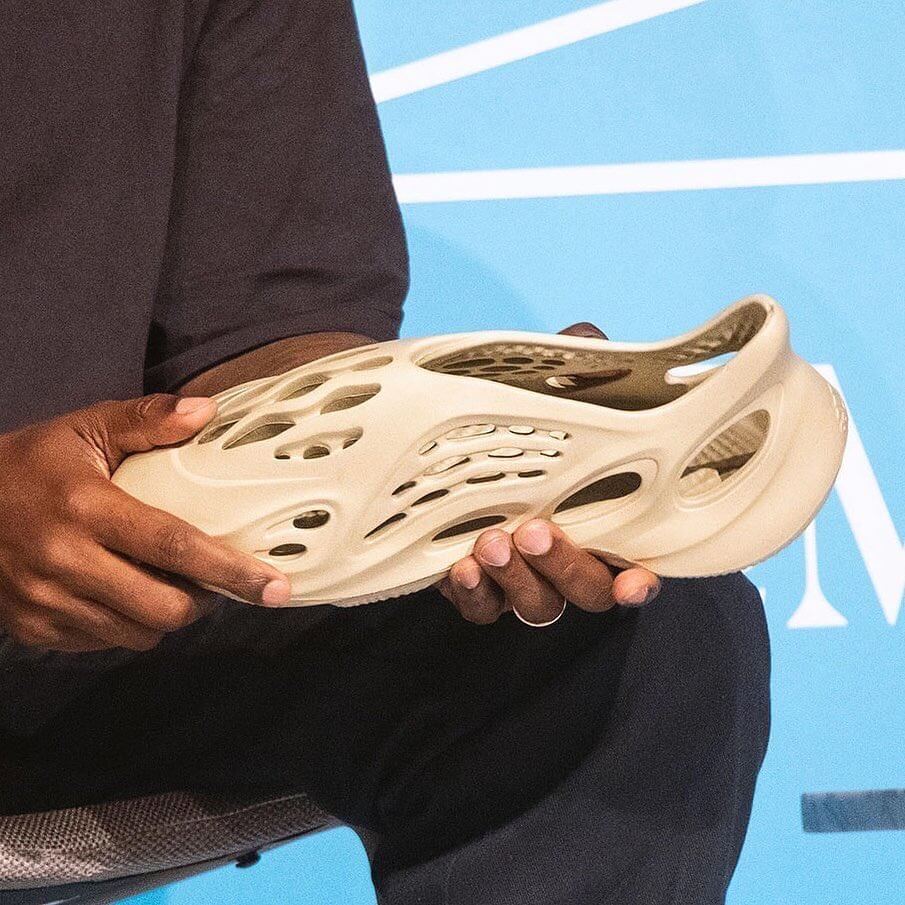 The sneakers are made in a tie-up with Adidas as the name of the shoe suggests. Adidas is well known for its commitment to sustainability. It has experimented with many eco-friendly lines. In 2016, it launched shoes made of eco plastic and has also introduced the recyclable Futurecraft Loop running shoes. The company has committed to only using recyclable plastic material in all its shoe lines by 2024.

Sustainable and eco-friendly shoes are friendly to the environment but are not easy on the eye. The present Adidas Yeezy Foam shoes are bland and not too flashy and may not appeal to too many people. But with chemical dyes and plastic fouling up our earth and waterways, a conscious and committed effort to turn environment -friendly is the only way.  The shoe’s eco-friendliness and comfort factor may help push sales to a great degree.

Anna Domanska
Anna Domanska is an Industry Leaders Magazine author possessing wide-range of knowledge for Business News. She is an avid reader and writer of Business and CEO Magazines and a rigorous follower of Business Leaders.
« World’s Largest Starbucks Opens in Chicago
Google to Offer Checking Accounts By 2020 »
Leave a Comment
Close