A former senior vice president of global finance at Juul Labs is alleging in a lawsuit filed on Tuesday that the San Francisco-based company sent to the market “approximately one million mint-flavored e-cigarette nicotine pods that it admits were contaminated.”

According to the lawsuit, Breja claims that he discovered during an executive meeting in March that some of the mint e-liquid was used to refill 250,000 kits, or a total of one million pods, that had already been shipped to retailers and customers.

The lawsuit, filed by Dhillon Law in the U.S. District Court for the Northern District of California on behalf of Siddharth Breja, alleges that Juul ignored his protests to issue a product recall for the contaminated Juul pods, “or at a minimum, issue a public health and safety notice to consumers.”

Tim Danaher, Juul Labs’ then CFO, told Breja he should remember his loyalty to the company after he continued to raise concerns in March that the company was violating the law and it would hurt its then-$38 billion valuation. About a week later, Breja was fired for misrepresenting himself as former chief financial officer at Uber. Breja says the claim was preposterous, and that he had accurately represented his former position as a CFO at Uber. 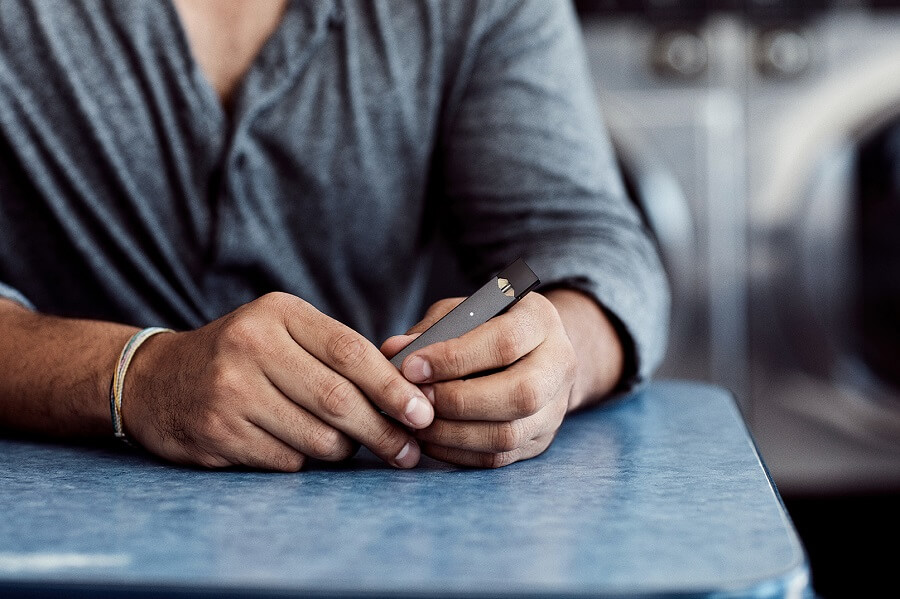 Breja claims that Juul Labs wanted to sell pods that were almost a year old, and when he urged fellow executives to add an expiration or best buy date, he was told by former CEO Kevin Burns that “half our customers are drunk and vaping like mo-fos, who the f–k is going to notice?”

The suit says Kevin Burns ruled the company in a “dictatorial manner and fostered a culture of silence.”

News of the lawsuit comes the same day as Juul announces it plans to cut 500 jobs, or about 10% to 15% of its total headcount, and the departure of Tim Danaher.

Juul Labs is currently facing an investigation by the Federal Trade Commission (FTC) in regard to how the company’s vaping device became so popular with underage teens.

The Trump administration plans to remove all flavored e-cigarettes from the market amid a surge in teenage vaping and vaping deaths.

Juul Labs is also being investigated by state and local enforcement officials, with ongoing inquiries being conducted by Attorneys General in Illinois, District of Columbia, Colorado, Connecticut and Massachusetts.

Anna Domanska
Anna Domanska is an Industry Leaders Magazine author possessing wide-range of knowledge for Business News. She is an avid reader and writer of Business and CEO Magazines and a rigorous follower of Business Leaders.
« Qatar is now air conditioning the outdoors to protect people from heat
10 Companies Paying the US Highest (and Lowest) Corporate Taxes »
Leave a Comment
Close

The big tech cloud-based software companies such as Zoom, Snowflake, Asana, Airbnb, Amazon, Salesforce and Palantir have all witnessed a rise in stock prices as work from home and
25 mins ago