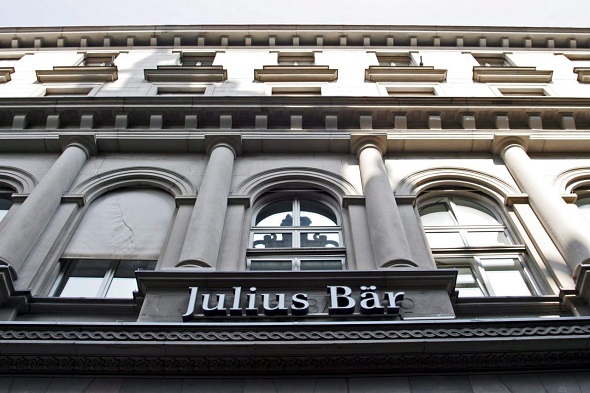 Julius Baer is on the twelfth spot from its previously held fifteenth spot among the list of world’s private banks in terms of assets under management.

The Julius Baer Group announced on Monday that it is entering into a “strategic cooperation agreement” by securing new businesses from the Israeli lender Bank Leumi.

Julius Baer, a Swiss private bank situated in Zurich, said its assets under current management amplified by 8 percent in the initial six months of 2014 in contrast to the past six months, by touching the figure of 274 billion Swiss francs ($305 billion).

The boost came to a great extent from the inflow of 7.5 billion francs in the net new cash, and from the merging of its Brazilian asset management business, GPS Investimentos Financeiros e Participações.

The Swiss bank reported that net profit climbed 56 percent, to 179 million francs, from the first half of 2013. While it showed net of 288 million francs, up 10 percent from its previous year due to eliminating the amortization of intangible assets and few other items.

Predictably, Julius Baer is sought after by the United States Justice Department for its significant role in helping wealthy Americans to dodge taxes. Recently Credit Suisse pleaded guilty and payed about $2.6 billion in penalties because of the rising issue. Julius Baer however has not remarked on the status of the issue yet.

“There’s no news from our side,” stated Jan Vonder Mühll, a Julius Baer spokesman in Zurich, “The bank is in an advanced phase of cooperation with the authorities”.

In August 2012, Julius Baer agreed with Bank of America on the terms of the deal to acquire Merrill Lynch’s private banking subsidiary outside of the United States which is notably known as International Wealth Management.

Acquisition of the Merrill Lynch private banking operations had helped assemble 56 billion francs to group assets under its administration.

The incorporation of International Wealth Management has entered the last stage Boris F.j. Collardi, Julius Baer’s CEO, said in an announcement on Monday, “and it was impressive to see how the combined businesses contributed to the strength of the group’s performance.”

As indicated by a study published by Scorpio Partnership, the acquisition of Merrill Lynch has helped Julius Baer sit on the twelfth spot from its previously held fifteenth spot among the list of world’s private banks in terms of assets under management.

Christy Gren
Christy Gren is an Industry Specialist Reporter at Industry Leaders Magazine she enjoys writing about Unicorns, Silicon Valley, Startups, Business Leaders and Innovators. Her articles provide an insight about the Power Players in the field of Technology, Auto, Manufacturing, and F&B.
« German Automaker, BMW is Auto Industry’s Leading Exporter in the U.S.
The Car that runs Solely on Salt Water is Now Road Legal! »
Leave a Comment
Close

As of 2021, over 150 million US workers identified themselves as self-employed. This means that they are responsible for their own retirement plans. Employees of big firms tend to
7 mins ago

Just shy of her 40th birthday, Vera Wang struggled to find a bridal gown that suited her taste. Her father pointed out her struggles for what they really were – a remarkable busi
7 mins ago