Bitcoin has soared 7000% since Jamie Dimon began calling it worthless back in 2014.

“I personally think that Bitcoin is worthless,” Dimon said while speaking at a virtual event hosted by the Institute of International Finance. “But I don’t want to be a spokesman for that, I don’t care. It makes no difference to me.” 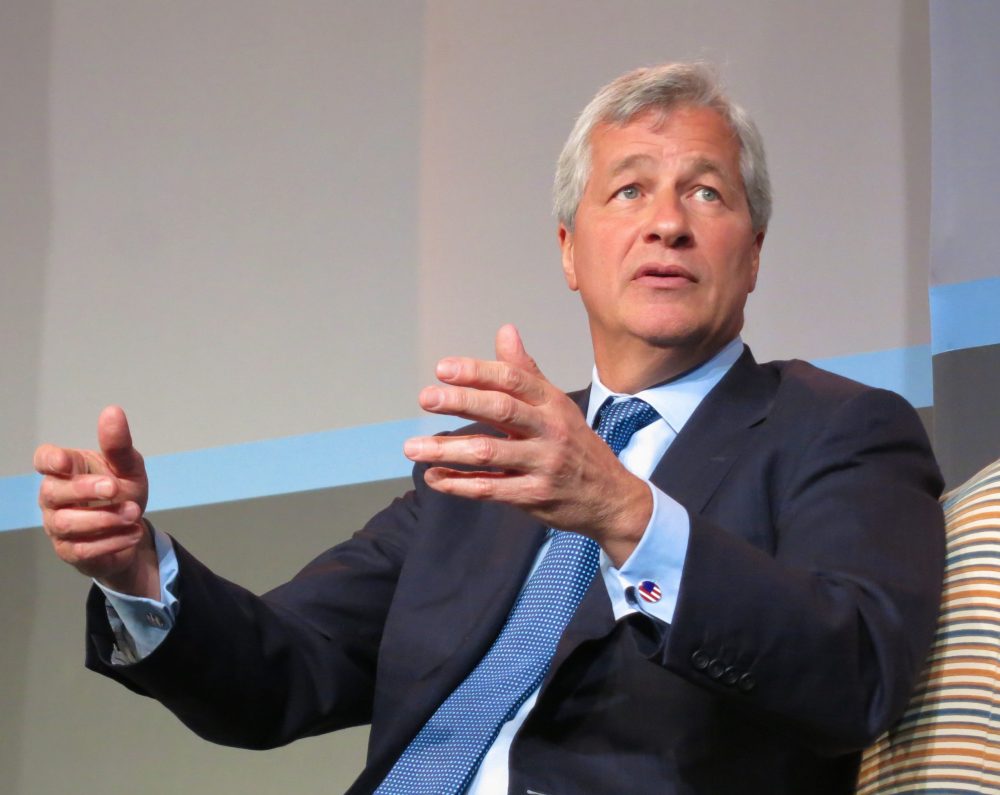 The price of Bitcoin surged to a five-month high above $57,000 on Monday.

“I don’t think you should smoke cigarettes either,” the CEO continued before acknowledging, “Our clients are adults. They disagree. If they want to have access to buy or sell bitcoin – we can’t custody it – but we can give them legitimate, as clean as possible access.”

The latest remarks echo Jamie Dimon’s comment on Bitcoin from May, when he compared the digital currency to the business of banking weed.

“My own personal advice to people is: stay away from it. That does not mean the clients don’t want it,” Dimon told Congress on May 27. “This goes back to how you have to run a business. I don’t smoke marijuana but if you make it nationally legal, I’m not going to stop our people from banking it.”

Jamie Dimon has been a vocal opponent of Bitcoin, previously calling it “fool’s gold” and a “fraud worse than the tulip bulbs craze in the 17th century.” The executive once made a statement saying that he would fire JPMorgan traders if they traded in Bitcoin.

To be fair, Dimon and his managers have consistently said that blockchain, as well as cryptocurrencies that were regulated, hold promise.

The executive’s personal opinion’s aside, JPMorgan Chase announced in February 2019 that it would launch a digital currency called JPM Coin. In October 2020, the investment bank created a new unit for blockchain projects.

The price of Bitcoin surged to a five-month high above $57,000 on Monday.

Twitterati wasn’t chuffed about Dimon’s statement about Bitcoin. Some cryptocurrency enthusiasts expressed dismay over the JPMorgan Chase CEO’s latest diatribe against Bitcoin while others posted the code for the executive to see.

Coinbase CEO Brian Armstrong tweeted: “Yes, I read it. And then I wrote it (coding up our own Bitcoin node) to make sure I understand it.”

Shapeshift founder Erik Voorhees wrote: “Never attribute to malice that which is adequately explained by stupidity.”

Galaxy Digital CEO Mike Novogratz quipped: “So strange. For a man who has done a brilliant job running a giant bank, his answers around BTC are sophomoric and he keeps doubling down on them. I pray I stay open-minded my whole life.”

While venture capitalist Stephen Cole has some very strong words about Jamie Dimon, he said: “Even the richest, most influential people in the world are clueless on Bitcoin.”

Interestingly, JPMorgan Chase published a note in February claiming that Bitcoin has the potential to reach $146,000 as it competes with gold as a safe-haven asset.

Christy Gren
Christy Gren is an Industry Specialist Reporter at Industry Leaders Magazine she enjoys writing about Unicorns, Silicon Valley, Startups, Business Leaders and Innovators. Her articles provide an insight about the Power Players in the field of Technology, Auto, Manufacturing, and F&B.
« Refiner Eneos to buy Japan Renewable Energy for $1.8 billion
Brian Goldner, who led Hasbro’s transformation into an entertainment giant, passes away at 58 »
Leave a Comment
Close