JP Morgan’s chief executive officer, Jamie Dimon has warned that a cut of over 4,000 jobs in the UK would be inevitable after Brexit if common rules of banking are not agreed by the UK and EU.

Dimon confirmed that a quarter of JP Morgan’s 16,000 UK staff based in Bournemouth, Glasgow and Canary Wharf office (main office) could be cut from the bank. He made the statement while speaking with the BBC in an interview at the World Economic Forum in Davos.

According to JP Morgan’s CEO, “If we can’t find reciprocal recognition of rules – and there are a lot of people who are mad with the Brits for leaving and want their pound of flesh – then it could be bad. It could be more than 4,000.” 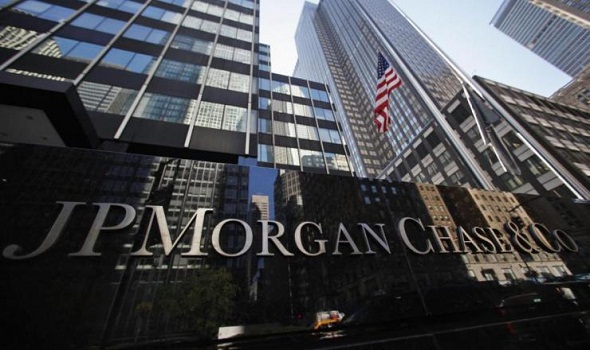 The City of London is gripped with fear about the future relationship between entire Europe and their financial center when Britain leaves the European Union. Most are expecting a loss of passporting rights and challenging rules and regulations that would be established by UK-based financial firms to sell their services and sell in Europe. However, they are expecting the existence of some regulatory equivalence between the United Kingdom and the entire continent – not a total breakdown.

But more concern is raised by Dimon’s speculations on Brexit when he said that it would harm the economies of both UK and EU, causing years of uncertainty and a breakup of the entire European Union. He said, “In a bad scenario, and this is not the worst-case scenario, trade retaliation against Britain by countries in the European Union is possible, even though this would not be in their own self-interest. Retaliation would make things even worse for the British and European economies. And it is hard to determine if the long-run impact would strengthen the European Union or cause it to break apart.”

Achieving the expected equivalence looks impossible because it means that the UK would adopt its existing EU financial regulations and allow financial services companies and banks to continue normal business operations on both channels without breaking any rule. Without the UK and EU accepting this arrangement, there would be trouble, Dimon said.

“When asked if that outcome would represent a real threat to the future success of London as a financial center,” Simon Jack, the BBC personnel writes: “He gave a single word answer: ‘Yep.'” Dimon added that Brexit made the “chances of the eurozone not surviving in the next decade five times higher.”

The UK’s decision to cut off all relations with Europe is described as “Hard Brexit.” The UK is prioritizing a control of immigration over maintaining economic links in return for concessions on freedom of movement.

Anna Domanska
Anna Domanska is an Industry Leaders Magazine author possessing wide-range of knowledge for Business News. She is an avid reader and writer of Business and CEO Magazines and a rigorous follower of Business Leaders.
« Facebook Acquires Boston-based Startup Confirm.io
What makes Richard Branson a Great Leader? »
Leave a Comment
Close