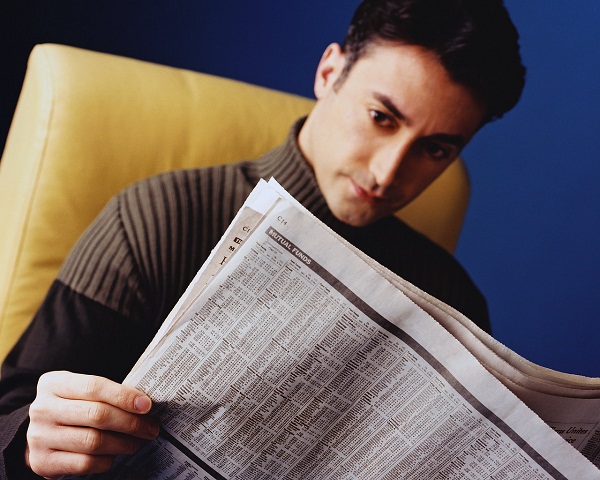 Johnston Press, the publisher of 250 regional newspapers, informed that its first-half profits had dropped by 49 percent to £8.06 million as print advertising revenues fell by 12.5 percent. Johnston Press blamed the Olympics, held in UK, for a decrease in print advertising revenues. However the company has informed that it expects that a major digital push should start to yield by the end of 2012.

Johnston Press, which owns almost 250 newspapers including such titles as The Scotsman or Yorkshire Post, informed that its sales dropped by 14.7 percent in the six weeks since Olympics started. The big sport event, which was held by London, has been blamed for the decrease in print advertising revenues. The print advertising dropped 12.5 percent to £97.4 million; revenues from contract printing were down 10% to £12.6 million. However the company noted a 16 percent increase in the operating profit in 26 weeks over the period to 30th of June, to £37.8 million. That profit, however, included a £30 million boost from a one-off payment from News International.

Data also shows that Johnston Press has maintained margins at 17.3 percent; that result is substantially higher than a typical market average of 10 percent to 12 percent. Moreover the company recorded more than £20 million in one-off costs, including staff layoff.  The company downsized its workforce by approximately 8.5 percent year on year in the first half of the 2012; 412 workers had been fired, thereby cutting down total number of employees from 4,843 to 4,431.

Johnston Press is convinced that the digital process, which currently company is going through, will begin delivering results by the end of the year as company’s titles relaunch, cover price jumps and new websites gain popularity.  As it was highlighted by Ashley Highfield, the company had gone through “tremendous activity” in the first half of the year. Since modernization and up-dating of Johnston Press was announced in April, the company has already relaunched 23 titles as integrated digital and print products. Johnston Press plans to attract Internet audience to its new digital magazines.

But the digital up-dating of Johnston Press titles is not the only change implemented by the company. Johnston Press also decided to convert five daily titles to weekly publications; Northampton Chronicle and Echo and Northamptonshire Evening Telegraph are among those 5 titles. In addition, digital revenues were up 8.4 percent in the first half of the year. Alongside with this increase in digital revenues, Johnston Press saw an unbelievable jump in mobile audience of its titles. The company had introduced iPad apps for 7 titles; e.g. The Scotsman app was downloaded nearly 20,000 times in the first 6 months of the year.

Despite the ongoing digital transformation of Johnston Press, analysts are not very optimistic about the company’s outlook.  Johnathan Barrett, analyst at Singer Capital Markets, noted: “While there has been some modest strategic progress in relation to re-launches and digital revenue growth the picture of an over-indebted legacy business remains largely unchanged.” But the group is trying to diversify its revenue stream; it has already announced a launch of TheSmartList, an online recruitment service, in October.