A conceptual project by Royal College of Art graduate Johanna Schmeer builds on developments in the field of nanotechnology to create synthetic foods to meeting the world’s burgeoning population food demands.

For the ‘Bioplastic Fantastic’ task, Johanna Schmeer has envisioned how different products produced using enzyme-enhanced bioplastics could create vital supplements as a substitute for conventional food resources that could soon deplete. 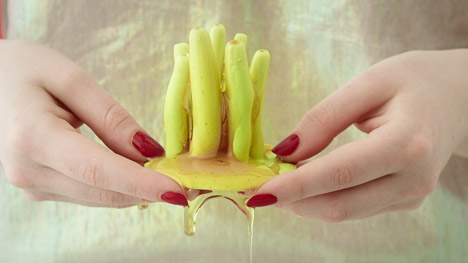 “Bioplastic Fantastic investigates new types of products and interactions that might emerge from material innovations in the fields of bio- and nanotechnology,” said Schmeer. “The UN estimates that the world must produce 70 per cent more food (measured in calories) by 2050,” she continued. “So instead of discussing how to grow more food, maybe we need to rethink food entirely.”

Johanna proposal comes after a recent breakthrough by researcher Russell Johnson, who figured out how to orchestrate functioning biological cells produced using plastics. She outlined seven items that make the vital food groups much required for humans to get by through engineered techniques controlled by artificial photosynthesis. 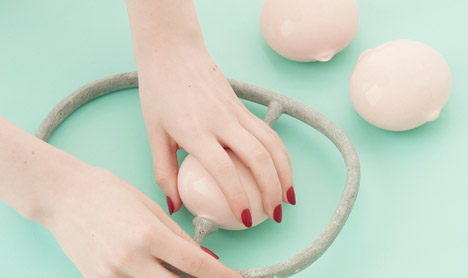 Those items produce water, vitamins, fiber, sugar, fat, protein and minerals in the form of fluids and powders. The items include an arrangement of green tubes that emit sugar syrup and a machine that gathers moister from the air in white pockets, which can be drank from when squeezed.

“All of the product designs are based on model organisms which have similar functions in nature,” explained Schmeer. “They use the functional part of the biological circuit (enzymes), and combine this with non-living matter (bioplastic).” 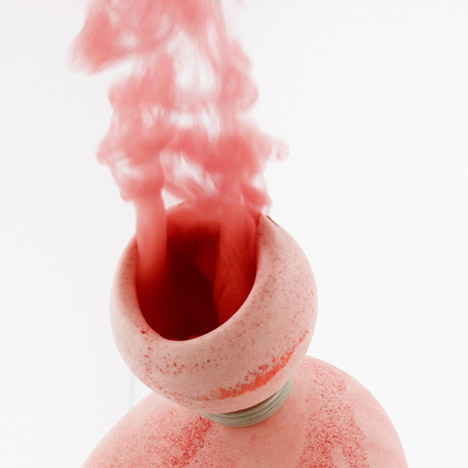 “The project focusses less on communicating the exact functionality of these products, and more on the interactions, aesthetics, atmosphere, and the feeling involved in interacting with them,” said the designer.

The movie delivered for the undertaking explores how individuals may interact with the synthetic foods created by her. “The loss of the natural sensuality of traditional food is substituted by a designed, artificial sensuality,” she added. 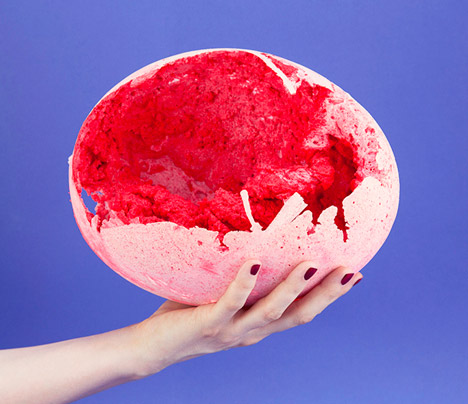