Job Gains Could be More Sturdy than Last Year 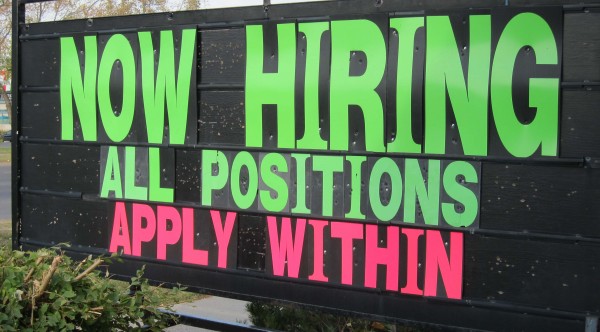 Job gains have been the long discussed thing every since the progress on eurozone debt crisis is slowly improving and the world’s economy is gaining grip. There is a wave of jobs being generated in industries, and unemployment seems to go down. Well, is this going to be a happier ending awaiting the job market this time?

Last year around time the same thing happened. And suddenly everything grew from faint to fainter to black opening with Japan’s earthquake, which struck a year ago. But this time, the economists think that it definitely would be a happier ending for the job market.

The belief comes for reasons ranging from progress on eurozone’s debt crisis to a slowly improving housing market. It seems like the economy and the job market will be better able to withstand setbacks than they were in 2011.

In February, 227,000 jobs were added by U.S. employers, in the third straight month of 200,000-plus job growth. The unemployment rate stayed consistent at 8.3 percent, but it was 9 percent as recently as September. It seems like the job market is strengthening by all measures. But just as things were improving, a freeze descended on the economy and job market.

Japan’s earthquake and tsunami cut off supplies from Japanese factories to U.S. and other manufacturers. The Arab Spring protests escalated oil prices. And gasoline prices followed them up, to a painful $3.98 a gallon by mid-May. From May through August last year, job gains averaged less than 80,000 a month before regaining strength in the fall.

After the Great Recession, companies shrank their number of employees because the demand sunk and lesser workers were needed. After the industries began experiencing growth in the demand, companies were reluctant to hire immediately. Hence, the companies managed to produce more with the employees they had, rather than hiring new ones. Now however, a lot of them are finding it difficult to continue to do more with less. The companies are now feeling the need to hire.

Housing seems to be stabilizing

America’s economic problems are the reason for the fall down of real estate. House prices have thrown down 30 percent since 2006. The drop has wiped out $7 trillion in homeowners’ equity. Millions of construction workers have lost jobs. But now construction industry is seeing recovery in jobs gains. Home builders are seeing more traffic. Once home prices stabilize, more people will likely decide it’s time to buy. And consumers who worry less about a loss of home equity, the main source of wealth for most people, are more likely to keep spending.

Investors panicked last year over the prospect that Greece and some other European countries would default on their debts, stick banks with huge losses and trigger a global credit crunch. But confidence is rebounding. Greece has received a $172 billion bailout, pushing back the threat of a destructive default. And the European Central Bank has made more than $1.3 trillion in low-rate three-year loans to banks since December, making clear it won’t let the European banking system fail.

After the September 2008 collapse of Lehman Brothers shook the financial system, U.S. banks cut loans to businesses in 2009 and 2010. But banks are healthier now and so are the job gains. So are the prospects for their business customers. Bank lending to businesses rose nearly 14 percent last year to $1.35 trillion. William Dunkelberg, chief economist of the National Federal of Independent Business said, “The outlook for hiring by small businesses offers a better picture than we have seen for years”. But the economists are still cautious. A disaster like the Japanese quake or Middle East turmoil could always reverse the job gains. There is a noticeable growth in the job market, likely to avoid a repeat of mid-2011’s gut-churning drop.