Jim Koch, co-founder and chairman of Boston Beer Company spills the secret to not getting drunk!

Recently, much to the liking of beer drinkers spilled the secret to binge drinking without getting drunk. A secret he learnt from his late friend and biochemist, Dr. Joseh Owades whom Jim recognizes as ‘the best brewer who’s ever lived’. 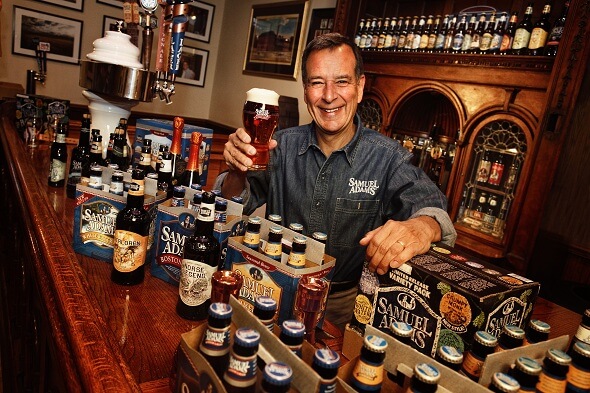 Experts tracked down his statements as a move to increase sales of beer.

In an interview with Esquire Magazine, Jim Koch, revealed that one teaspoon per beer of active yeast, right before you start drinking can keep you from getting drunk. He also suggested that if active yeast tasted awful, it can always be mixed with yoghurt.

Breaking down the science behind it, Jim Koch explained that enzymes in active dry yeast break down molecules of alcohol into smaller parts of carbon, hydrogen and oxygen – a process much similar liver metabolizing alcohol.

However, Beer consumers need not be so happy; as Jim warned saying that it can mitigate the effects of alcohol but not eliminate it.

Dr. Joe Owades, mentioned earlier, was a craft beer legend and a fermentation science expert had patented an ‘unlimited drunkness’ product shortly before his death. A biochemistry PhD, Dr. Joe found out that alcohol dehydrogenases which is an enzyme found in yeast had the ability to metabolize alcohol before it gets into the bloodstream of its consumer.

Extremely toxic byproducts created from break down of alcohol could potentially make hangovers worse even if the drinker stayed sober throughout. A certain risk of yeast getting into the system also poses. Overuse of yoghurt yeast-concoction can make the opposite effect by making its consumer drunk, since these organisms can produce alcohol naturally.

Anna Domanska
Anna Domanska is an Industry Leaders Magazine author possessing wide-range of knowledge for Business News. She is an avid reader and writer of Business and CEO Magazines and a rigorous follower of Business Leaders.
« Google makes ‘Time Travel’ possible for users who want to see how the world has changed!!
Nissan is testing a self-cleaning car prototype with a paint that is dirt-resistant »
Leave a Comment
Close

Two tweets were posted using NFT artist Beeple’s account. The first one promoted an exclusive collection with Louis Vuitton. The second tweet announced that Beeple would soon rel
35 mins ago