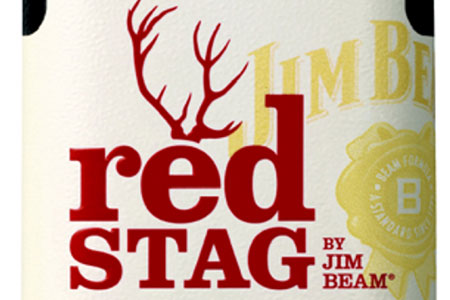 After 216 years of marketing to men, Beam Global Spirits & Wine, the makers behind Jim Beam Bourbon, has finally realized that women like drinking hard liquor too.

This is a phenomenal move for the spirits giant, as Jim Beam this month launched a selection of fruitier, lighter spirits such as a Courvoisier cognac infused with red wine and the tart Pucker vodka line. The idea of catering to the female market with Jim Beam girly drinks came by accident, when Jim Beam released Red Stag, a black-cherry infused bourbon, in 2009. The company found that women were buying the new product three times as much as they typically bought bourbon. After that, company research found something they called the “girlfriend connection”, when women tend to drink with other women or in a very social setting. This gave them an understanding of how Jim Beam Bourbon could fit into the female drinking scene, and how other Jim Beam girly drinks could be marketed to them. Marketing to women may have been an accident at first, but it could turn into something very lucrative for Jim Beam.

Jim Beam Bourbon has a $19.2 billion share of the spirits market, which grew by two percent last year, and the marketing toward women isn’t going to stop at offering fruitier selections of bourbon. Tequila is another hard liquor that’s typically marketed toward men, although nearly two-thirds of margaritas are consumed by women. Jim Beam saw an opportunity here by marketing their Sauza tequila around the notion of “ladies’ night”, teaming up with restaurants across the country to host “Sauza-ritas” to build female loyalty to their particular tequila brand.

Statistics show women have been ordering more drinks in recent years. Alcohol servings in restaurants to women increased by 9 percent in 2009, and 3 percent in 2010, according to NPD Group, a market research firm, while servings to men decreased 4 percent in 2009 and 6 percent in 2010. Even so, women are still the decision makers of the household when it comes to food and drink purchases, women make 65 percent to 70 percent of the alcohol-purchasing decisions for at-home consumption, meaning that Jim Beam girly drinks don’t necessarily have to be for a wild night out, but also for a relaxing night in.

To continue this reaching out to the growing female market, Jim Beam bought Skinnygirl Cocktails in spring 2011, created by American reality TV personality Bethenny Frankel from The Real Housewives of New York City. She designed the drink to contain only 100 calories per serving, attracting women who wish to avoid the calories of a typical 480-calorie restaurant margarita. Early next year, the spirits giant will be introducing a new line of chocolate liqueurs called “Crave”. The drinks will blend flavors such as mint, chili pepper and cherry.

Netflix has become synonymous with streaming movies and television. Not only that, Netflix reigns supreme in the world of streaming with mind-boggling 209 million subscribers. Here
7 hours ago