Jibo, World’s First Family Robot Will Be Available in 2015 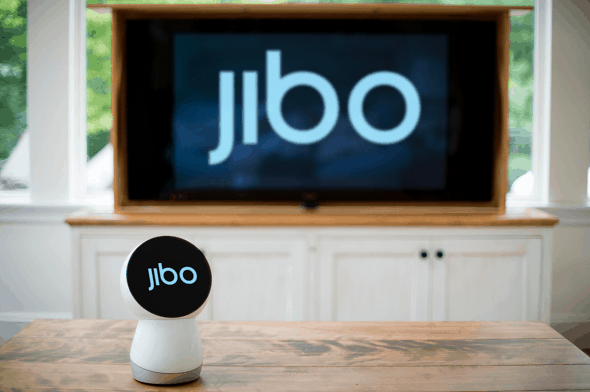 Jibo as an emotive robot that is designed specifically to better the lives of the family that owns it and to become part of that family.

Technology has been evolving over the time and virtually every organisation uses an automated system these days. The latest one about to hit the shelves is the eponymous robot called Jibo, the world’s first family robot that could revolutionize personal robotics. It not only recognizes each member of a family but also sees to the unique needs and habits of each member of the household.

Jibo is the brainchild of Cynthia Breazeal, a leading robotics MIT expert and a computer geek specializing in advanced robotics. Prof Breazeal describes Jibo as an emotive robot that is designed specifically to better the lives of the family that owns it and to become part of that family.

At 11 inches and 6 pounds Jibo has a number of skills. It uses special algorithms that help it to learn and grow. The WiFi-connected device can swivel a large head like screen and move in place, giving expressive body motions. Since Jibo has a body, the robot can do much more than its intangible counterparts. For instance, he has two cameras, which he uses not only to see but also to detect the face/smile to know when a person is posing for a photo, which he’ll automatically take.

Like software-only personal assistants, Jibo can use natural cues like movement, understands speech commands delivered in everyday language and knows when he’s called by his name. Linked to iOS or Android devices, he can take voice messages, read messages, remind his owner about important events and can even remember a person’s face and voice. Since Jibo’s body has multiple sensors, it reacts differently depending on the way it’s been touched. If Jibo is hugged, the social robot displays a big heart on its face screen. The robot can also present multimedia content and would also work as a storyteller.

Jibo was introduced on Indiegogo.com, where the company is running a crowdfunding campaign for the robot. It has already raised $864,000 and still has 25 days left into the campaign. The company hopes that software developers will use Jibo as a platform and develop more applications that will enhance the robot’s functions to things like tutoring and coaching.

Jibo is scheduled to hit the market by the holiday season in 2015, while the pre-order price is US$500, developer editions will be available for $599. The first Jibo’s will ship to Canada, Japan, U.S., EU, Korea and Taiwan in the last quarter of 2015 prior to an early 2016 public launch.

Anna Domanska
Anna Domanska is an Industry Leaders Magazine author possessing wide-range of knowledge for Business News. She is an avid reader and writer of Business and CEO Magazines and a rigorous follower of Business Leaders.
« German Automaker, BMW is Auto Industry’s Leading Exporter in the U.S.
The Car that runs Solely on Salt Water is Now Road Legal! »
Leave a Comment
Close