JetBlue Airways announced that they will offer one perk that no other airline is offering: free high-speed Wi-Fi on every aircraft. The carrier calls its service Fly-Fi and according to the airways, they were the first to provide all passenger free televisions at every seat and now they will be the first to offer this service with no additional charge.

The airline has completed installation of Fly-Fi, in-flight Wi-Fi on its fleet of Airbus A320 and A321 and is moving into installations of its smaller Embraer 190s.

JetBlue announced Wednesday that it has equipped almost three-quarters of its fleet with Fly-Fi. The airline has completed installation of Fly-Fi, in-flight Wi-Fi on its fleet of Airbus A320 and A321 and is moving into installations of its smaller Embraer 190s. It hopes to offer the in-flight connection to all passengers on all flights by the fall of 2016. Fly–Fi boasts speeds of up to 20 mbps per device and basic Wi-Fi access on JetBlue remains complimentary for fliers.

Fly-Fi uses a satellite broad band Internet technology to offer Internet experience to people, similar to what they use at home, including the ability to stream video and use several devices at once.

JetBlue’s unique approach of offering high-speed Internet at no additional cost with multiple entertainment choices and the ability to stream video is in tune with the airline’s founding mission of bringing humanity back to air travel. When JetBlue was first launched, it became a game changer in the world of airlines by bringing in-flight entertainment and introducing seatback televisions with free live programming, a popular feature that remains today. 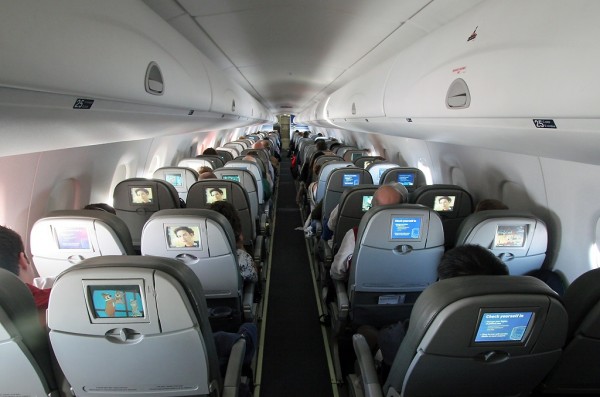 The flight will be equipped with free, fast Internet and entertainment, the same way every jetway customer expect the friendly service and the most legroom in coach.

Jamie Perry, vice president of brand and product development of JetBlue said that each and every JetBlue customer will come onboard knowing their flight is equipped with free, fast Internet and entertainment, the same way they expect the friendly service and the most legroom in coach. The airlines Fly-Fi model has proved that there is a way to provide customers more without including additional costs to their travel.

The move comes as JetBlue and Amazon prepare to bring a variety of unlimited entertainment options with the upcoming launch of Amazon Video onboard, offering Amazon Prime members instant streaming access to thousands of movies and TV episodes in-flight, at no extra cost with their membership.

With speeds up to 20 mbps per device, Fly-Fi has allowed JetBlue to offer more in-flight entertainment than any other US airline. JetBlue’s integration with Amazon, MLB at Bat, and The Wall Street Journal use real Internet streaming to substantially expand the content available at 35,000 feet in the air.