Jet off to Bordeaux in the Most Expensive Private Jet

It was a breathtaking 90-minute session, quite a long one for anyone outside the experience. But I can tell you it felt like a few seconds – taking pleasure from being smothered in moisturizing Chantilly cream. A Bordelaises [my therapist] was whispering the phenomenal French words that could inadvertently translate any peace-seeking mind into an exceptional realm. And I could feel her hands running up my inner thigh, instilling every signature of the SPA treatment while I mosey through the gratification in a Jacuzzi afterwards. That was the tiniest piece of my experience in Bordeaux between the spring and summer of 2015.

Season of the shortest nights is around the corner and news from Bordeaux would not cease from dominating the media at least until l’automne. It doesn’t matter if you’re a seasoned world explorer or not. Turning down the opportunity of visiting places like Corinne’s Chateau Margaux looks very unlikely – mostly if you have flair for wines. The Cannes film festival is the deal, hosted by producers. It’s the en primeur tastings where samples of wines harvested last autumn are unveiled to the wine press and trade members that are in thousands. Their feedback must establish the fate of every wine available for degustation before they hit stores early summer. We can see why it’s dubbed en primeur – wine futures.

Bordeaux is located in the southwestern France, a few miles from the Bay of Biscay. It’s a port city on the Garonne River and known as the sixth largest city in France. It prides an idyllic charm heartened by its urban elegance and provincial allure. Bordeaux is famed for many architectural highlights such as Saint-Andre’s Gothic Cathedrale, contemporary art museums and historic fort built between the 18th and 19th century. It is also known as the City of Moon due to its romantic location – at the crescent-shaped bend of the Garonne River. As the world’s wine industry capital, it hosts the world’s main wine fair, Vinexpo, an international event for the wine and spirit sector which takes in 14.5 billion Euros yearly. Bordeaux is the destination for high-end wine enthusiasts interested in tasting the world’s best wines in a garnished horizon.

The riches at Bordeaux’s riverside contribute to the lofty energy rippling through the city in various forms. From cycling, jogging, or strolling along the silky-smooth edge of the water lopped at both flanks, to cruising along the waters, the vibrant quayside culture it promotes is worth every attention. A trip to the Gironde estuary for en primeur could mean two things to anyone: business or pleasure. While some merchants see it as the business game changer where they can exploit a market that has grown by 700% over the past three decades, those below the reef only join the event wagon being bias of pleasure. Wine professionals, brokers, merchants, traders and journalists find excitement from the frenetic show of impressive vintages that most wine lovers can never afford to buy.

However, the likes of Rhône of California, Italian trio of Barolo, Brunello di Montalcino and Barbaresco have all joined Bordeaux to command price and affluence in the winery. A lot more are still gaining momentum to rival the wine birthplace which produces approximately 960 million bottles annually from over 10,000 wine-producing châteaux. They include Italian Puglia Campania and Sicily from the southern renaissance, the mountains of Madrid’s Garnacha, and Galicia’s albariño, red mencía and white godello. Also in France includes the white Chenin blancs, Beaujolais’ red wines, Loire’s red cabernet francs and Languedoc’s white blends. These are a few to mention that are fairly challenging the summer traditions in Bordeaux. But the city’s first premier cru (first growth) red wines established in 1855 have remained unbeaten. There is more to the historic wines and there are other flamboyant events with a priceless experience.

As a city with the second highest number of preserved historical monuments in France, after Paris, with some buildings dating back to Roman times, there are many attractions to explore. Bordeaux is on UNESCO World Heritage list; described as a city with “an outstanding urban and architectural assemble.” Not to forget its beautiful natural scenery. 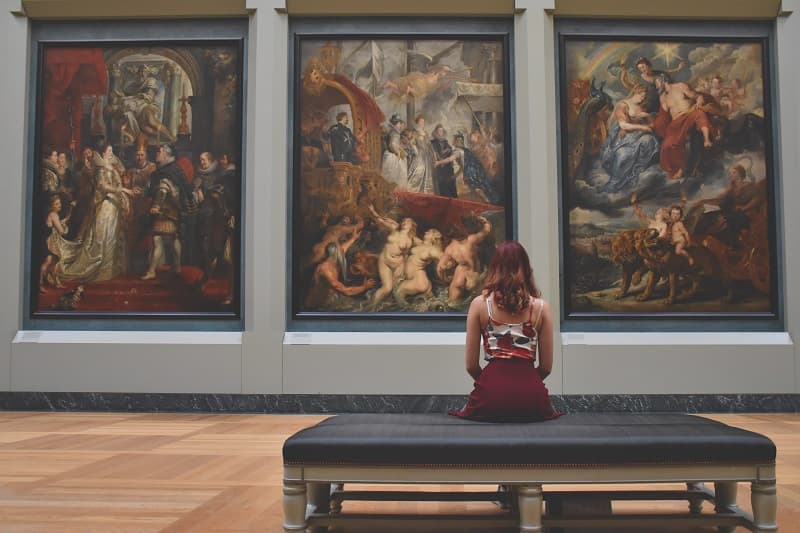 At the west of Bordeaux, along the Atlantic coastline is the 200km Silver Coast also known as the Côte d’Argent which embodies the largest sand dune in Europe which looks more like Sahara desert. It’s in Pyla-sur-Mer – an hour drive from the city centre. The dune is 110 meters above sea level and 2.7km in length and with incredible sight of 110 meters, surrounded by the blue waters in the largest estuary in Western Europe. It’s a popular tourist attraction with an incredible sight and worth exploring.

Dating back to the 12th century, Cathedrale Saint-Andre is one of the most historic sites tourists will never want to miss visiting. It features ancient sculptures of Ascension, Christ in Majesty and Last Supper, and the cathedral was a while ago used as part of St. James pilgrimage trail. Opposite the old church is the Town Hall which prides a flattering architectural style in contrast to the cathedral. The best moment here is in summer when it hosts the Bordeaux International Organ Festival. 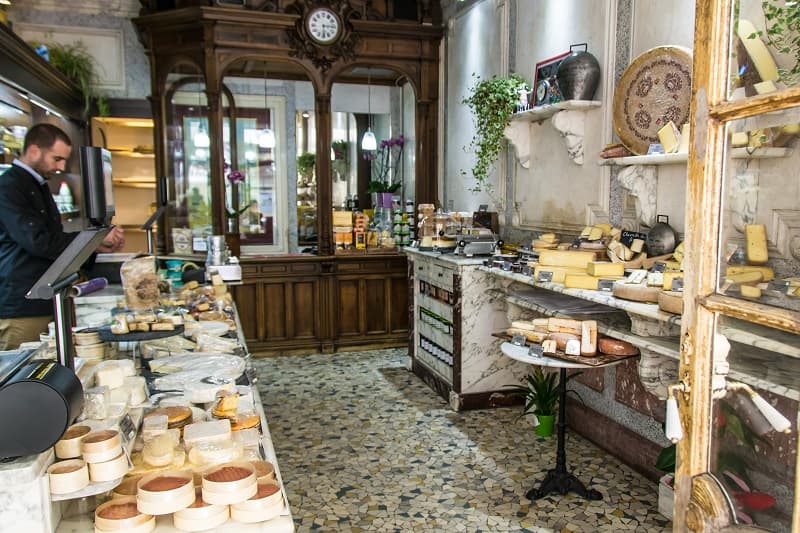 This is the largest square in Europe, approximately 31 acres. Located in the heart of Bordeaux, construction of the monuments in the square began in 1818 and was completed in 1828. It contains huge statues of Michel de Montaigne and Montesquieu which pays tribute to Girondins, the politicians who served the city and were sent to the guillotine during the French Revolution. The name is inspired by the pattern that the trees are planted. The square fountain was destroyed during the Second World War but restored.

Founded in 1801 by the painter Pierre Lacou, the Musée des Beaux-Arts de Bordeaux focuses on European’s art history. It has collections from the 15th century, which includes works by Veronese, Picasso, Renoir, Delacroix, Titian, Rubens, and among other famous French and Dutch painters. Including some of the paintings looted by France during French Revolution. Outside Paris, it’s one of the largest art galleries.

Aquitaine is the museum to visit if you are interested in learning about the city’s history. It highlights artefacts from 2500BC, 3rd-century statue of Hercules, and Gallic gold coins. Documents and objects of Aquitaine are also found in the museum. 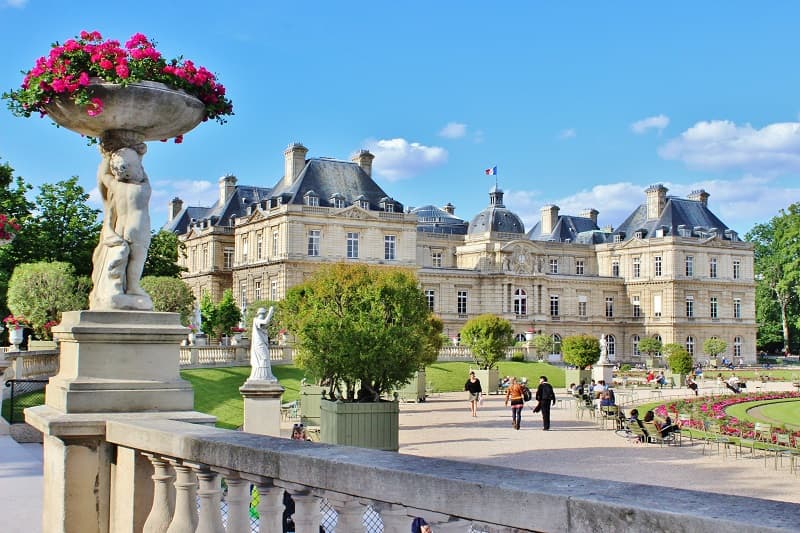 Water mirror is the world’s largest reflecting pool. It is located in front of Place de la Bourse, on the quay of the Garonne between Quai de la Douane and Quai Louis XVIII. Built in 2006, the 37,100 sq ft Water Mirror is strategically placed to reflect 18th-century mansions. During the summer, a designed system supports frogs to be created every 15 minutes in the 2cm deep water which reflects mystical quality based on the time of the day.

Stone Bridge is the first bridge crossing Garonne River at Bordeaux. Designed under the orders of Napoleon I, the construction lasted for three years, between 1819 and 1822. Pont de Pierre has 17 arches which feature the number of letters in ‘Napoléon Bonaparte’. The finish is a perfect blend with the buildings. Pont de Pierre and its tide is crucial while transporting parts for the production of Airbus A380, the world’s most expensive private jet partly built in Bordeaux.

Anna Domanska
Anna Domanska is an Industry Leaders Magazine author possessing wide-range of knowledge for Business News. She is an avid reader and writer of Business and CEO Magazines and a rigorous follower of Business Leaders.
« Japan’s Sharp to buy Toshiba PC business
Future Cadillac Line-up Will Feature Super Cruise by 2020 »
Leave a Comment
Close