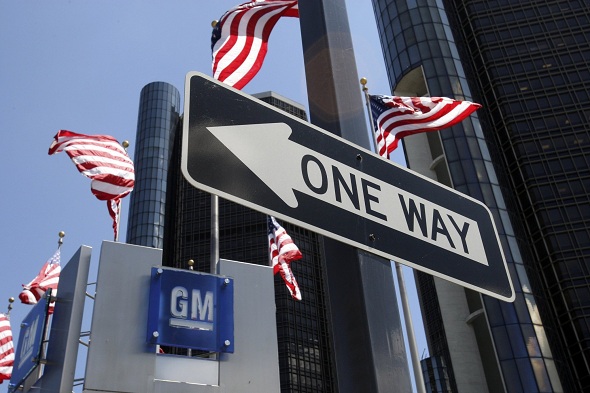 General Motors Co. on Tuesday announced the hiring of its first product cybersecurity chief as data and technology continues to become an integral part of automotive design and engineering innovations.

Jeff Massimilla will now lead the No. 1 U.S. automakers fight against hackers to secure their vehicles, GM Vice President of Global Product Development Mark Reuss confirmed yesterday. Massimillar, formerly served as GM’s director of global validation and as an engineering group manager of infotainment system, got promoted as a part of an eight-month review of its product design and engineering.

“If you look at the technology as we put semi-autonomous and autonomous systems into vehicles, we have to be able to look at this at a very very critical systems level and do it defect-free for the customer,” Reuss said. “So that’s the competitive advantage we’re trying to really put in place for General Motors.”

“We went to the Navy, the nuclear part of the Navy, we went to Boeing Co. and Virginia Tech to ask who you hire, how you hired them and what you charged them to do,” he added. “We have to look at car technology on a critical systems level. We see this as a competitive advantage.”

Vehicles today depend on computers for everything, right from engines and brakes to navigation, air conditioning and windshield wipers. Security experts say it is just a matter of time before malignant hackers begin to exploit existing software glitches in attempts to deliberately harm the drivers. In recent years, security specialists have revealed vulnerabilities in those systems which they claim make cars powerless to potential hack attacks.

“The long-term trend is that the auto manufacturers will have to make security part of the hardware and software architecture,” Juliussen commented. “It won’t make it impossible to hack, but it will make it hard enough so that there is no financial gain to do the hacking.”

For instance, at the 2013 Def Con hacking conference in Las Vegas, security analysts Charlie Miller and Chris Valasek exposed strategies for assaulting the Toyota Prius and Ford Escape. In August, this current year they distributed a list of the world’s “most hackable” autos.

A team renowned hackers and security experts in August sent a public statement to GM and other automakers requesting that them to implement fundamental rules to guard cars from cyber attacks.

The non-profit group, known as “I am the Calvary” has proposed that carmakers receive a five-section cyber-safety system to make their products less defenseless to attacks by programmers.

Egil Juliussen, an analyst with IHS Automotive, said that the move reflects the expanding imperativeness of cybersecurity to the business.

“The long-term trend is that the auto manufacturers will have to make security part of the hardware and software architecture,” he said. “It won’t make it impossible to hack, but it will make it hard enough so that there is no financial gain to do the hacking.”

In May 2014, AT&T included General Motors to its growing list of vehicle makers that are adding connected services in their cars and trucks. Most upcoming GM vehicles are expected to sport more expansive connectivity, including embedded 4G LTE mobile Wi-Fi hotspots. The LTE-enabled GM vehicles will be able to provide connectivity to nearly seven devices, as well as offer access to OnStar.

The move comes on the heels of what had to be one of the worst times for GM after the company went through the infamous recall crisis in February 2014, when it had to recall 2.6 million cars. The recall wave involved defect in ignition switches, height adjusters, power steering and other problems that led to deaths and injuries from the carmakers smaller and older cars. The death toll has reached to 21 and the number of injuries that are eligible for compensation has gone up to 16, according to Kenneth Feinberg, GM’s compensation administrator. These numbers are expected to rise further.