One million Amazon shares offloaded for more than $3.1 billion USD. As for the seller, Jess Bezos, the transaction barely puts a dent in his stake in the e-tailer giant.

Amazon CEO Jeff Bezos, 56, shed one million shares in his company’s stock this week, netting $3 billion from the sale. The disposal was disclosed on August 5 in Securities and Exchange Commission (SEC) filings.

The transaction occurred days after Amazon blew away Wall Street’s expectations with its latest earnings report. The e-tailer giant reported second-quarter revenue of $89 billion as consumers flock to online shopping during the pandemic. Its $5.24 billion in net income in Q2 2020 was double that of the same quarter in 2019. 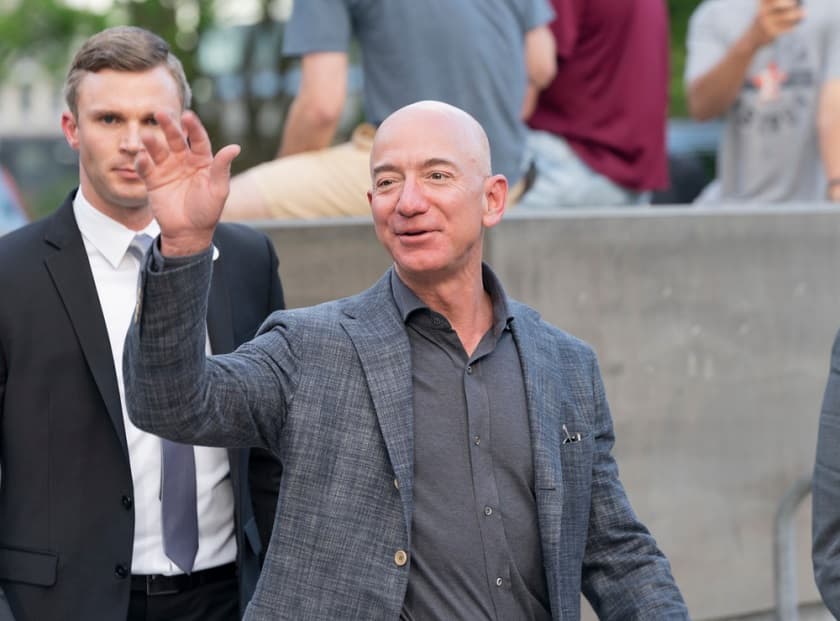 Bezos still owns nearly 55 million shares worth about $175 billion at today’s closing price. Amazon stock has been trending since mid-March as more people turn towards online shopping in the post-pandemic world.

Still richer than ever!

The latest sell-off comes less than a week after Jeff Bezos appeared on the hot seat before Congress, via Zoom, as part of an antitrust investigation. For more than six hours, members of the House Antitrust Subcommittee grilled industry leaders such as Mark Zuckerberg, Tim Cook, and Sundar Pichai – CEOs of America’s most valuable companies, with only Satya Nadella missing – on matters ranging from anti-conservative bias to online censorship.

The spectacular gains of Bezos took a beating when his split to Mackenzie Scott cost him $38 billion in the divorce settlement. However, Bezos’ fortune soared between mid-March and mid-May as the coronavirus pandemic rewarded the most tech-focused companies. His wealth increased by 46% during the period to $80 billion; meanwhile, his ex-wife who received Amazon shares in their divorce, also saw her wealth soar by a third to $48 billion.

Bezos has a pattern of selling Amazon stock in millions. He made similarly massive sales of Amazon shares earlier this year in February, in 2019 and 2017. Bezos plans to liquidate at least $1 billion of Amazon stock a year to fund his space-exploration company, Blue Origin.

Jeff Bezos remains the world’s richest man alive, with an 11% Amazon stake worth $175 billion, according to the Bloomberg Billionaires Index. He owns several other assets, including the Washington Post and Blue Origin.

The world’s richest man is now on the cusp of another record: a fortune of more than $200 billion.

Anna Domanska
Anna Domanska is an Industry Leaders Magazine author possessing wide-range of knowledge for Business News. She is an avid reader and writer of Business and CEO Magazines and a rigorous follower of Business Leaders.
« Kodak involved in SEC investigations of insider trading and breach of policy
Capital One fined $80 million for breach that exposed 100 million accounts »
Leave a Comment
Close