Jeff Bezos, the Amazon founder, followed up his historical flight to space with another big announcement of donating $100 million each to CNN political contributor Van Jones and chef José Andrés.

“They can give all to their own charity or they can share their wealth. It’s all up to them,” Bezos said, as he announced what he called the Courage and Civility Award at the press conference after his space flight on Tuesday.

The award is initiated to honor “leaders who aim high, and who pursue solutions with courage and who always do so with civility.”

“We need unifiers and not vilifiers,” Bezos said. “We need people who argue hard and act hard for what they believe. But they do that always with civility and never had hominem attacks. Unfortunately, we live in a world where this is too often not the case. But we do have role models.”

“Sometimes dreams come true,” Jones said, adding that “the headlines around the world should be, anything is possible if you believe.”

Jones is the founder of the nonprofit Dream Corps that focuses on criminal justice reform. 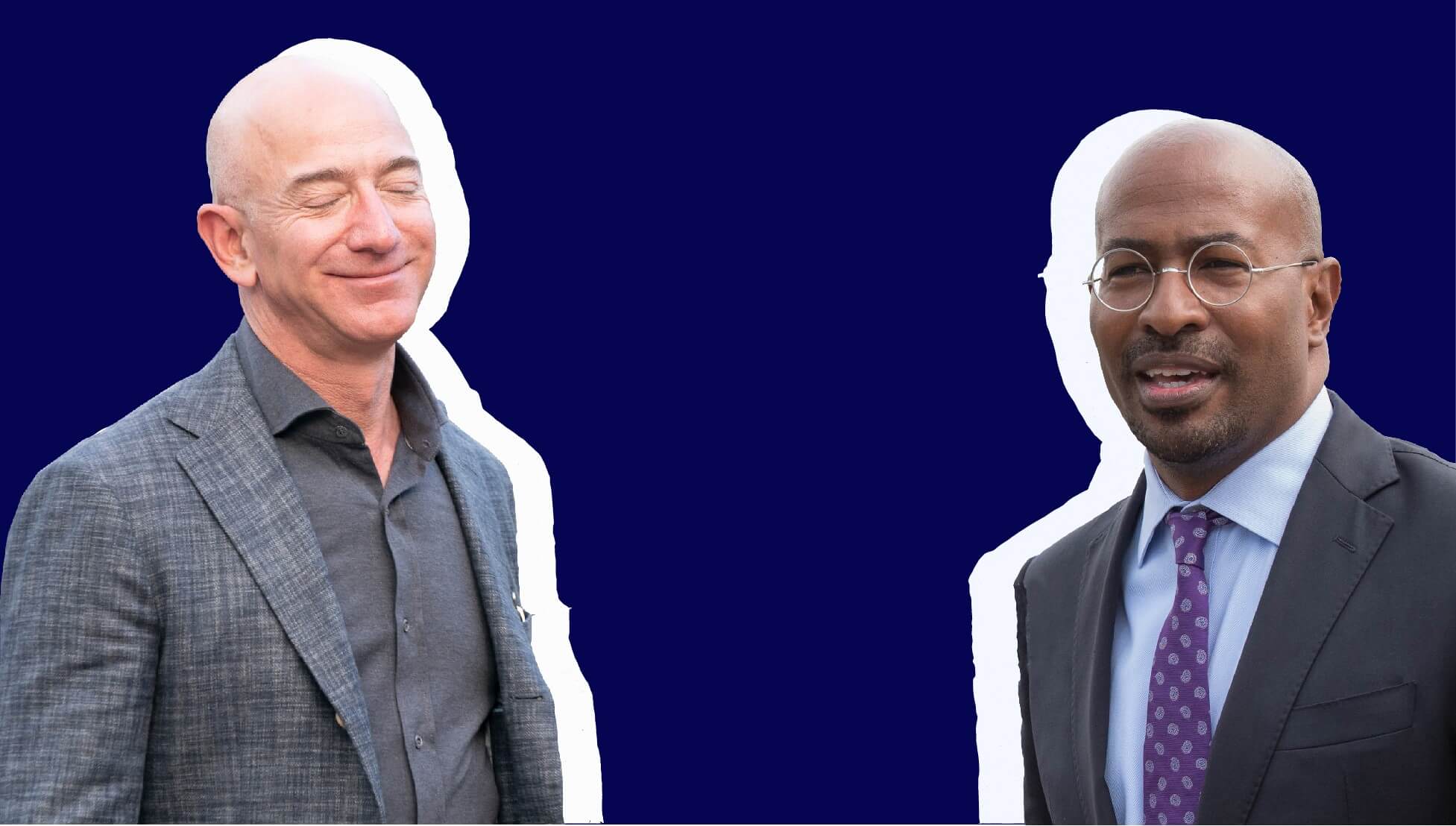 Andrés, runs the nonprofit World Central Kitchen to feed those affected by natural disasters. He said, “This award itself cannot feed the world on its own, but this is the start of a new chapter for us.”

Jones said that Bezos had called him over the weekend to inform of his plans. He told him that he admired his attempts to unify people across party lines and racial lines, and he was happy to support him.

Bezos is the second corporate billionaire to blast off to space in the last ten days. He took part in the first-ever human flight by Blue Origin, the private space company he founded. Richard Branson of Virgin Galactica took off almost nine days before him for his space flight. Bezos’ capsule was completely automated, unlike Branson’s, which was piloted.

Bezos took off in the sub-orbital New Shepard rocket from Texas on Tuesday, the 52nd anniversary of the Apollo 11 moon landing. The flight landed in Texas after an 11-minute run. His brother Mark accompanied him on the flight. Others on board were female astronaut Wally Funk, 82, the oldest to make it to space, and the youngest orbiter and the company’s first customer, Dutch 18-year-old Oliver Daemen.

The crew members took along a number of historical items, including the goggles of Amelia Earhart and a brass medal made from the first hot air balloon, which flew in 1783 – the first time humans left Earth in control of flight. A piece of canvas from the Wright Flyer – the plane flown by the Wright brothers was also carried along.