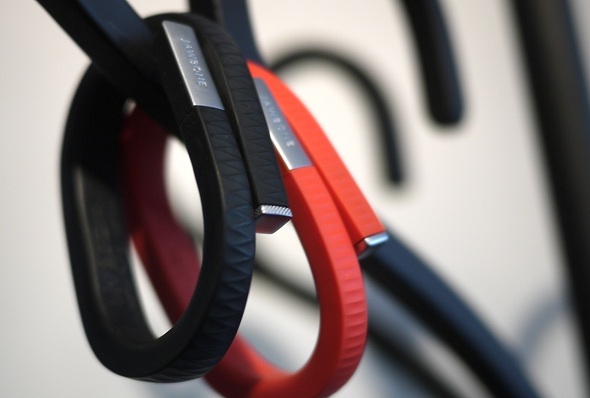 Wearable tech startup Jawbone on Tuesday unveiled two new devices to complement its current line-up of fitness bands and expand its wearables range from an entry-level device to the world’s most advanced multi-sensor tracker.

The two new devices in its UP line are the $49 UP Move and $179 UP3. With a $49 price tag, the new wearable UP Move is aimed at people who have not used wearable devices in the past and are looking to dip their toe into the world of fitness trackers. The UP Move is a simple yet savvy device that can be attached to a wristband or to a clip that can attach to clothes. LED lights allow wearers to track their steps, exercise, and calories burned as they go through the day. Besides that, it also provides data on hours slept as well as sleep quality. All this information is presented in the Smart Coach insight and coaching engines which offers personalized suggestions on how to improve the wearer’s health and lifestyle.

The UP Move tracker comes in a range of colors, and can be mixed and matched with different-colored clips and straps. The new device is fitted with standard, replaceable watch batteries that should give it months of battery life. It’s up for pre-order from today on Jawbone’s website Amazon, Apple, Best Buy, and Target stores later this month.

At $179, the new Jawbone UP3 lands at the pricier end of the scale. The UP3 uses a combination of sensors to detect the user’s heart rate. These include a new tri-axis accelerometer, bioimpedance sensors, and skin and ambient temperature sensors. The sensors can obtain the user’s resting heart rate, which Jawbone says is a main indicator overall heart health.

“With UP3, our mission was to create the world’s most powerful tracker in the smallest possible design” said Travis Bogard, vice-president of product management and strategy at Jawbone. “Our advanced, multi-sensor platform delivers a huge amount of new health data, backed by our smart algorithms and highly personalised Smart Coach system.”

Jawbone syncs the data through Bluetooth to Android smartphones or iPhone, uploading the data to its servers for analysis allowing the app to display sleep, activity and health measurements over minutes, hours, days, weeks and months. The device comes with a longer battery life that will last approximately seven days on a charge, which is done with a small USB adapter that can be powered by any computer or standard USB power adapter.

The UP3 will be available later this year at Jawbone.com and at Apple and Best Buy stores with the first model coming in black though additional color options are coming next year.