Sharp on Tuesday said it will buy Toshiba’s personal computer business, a division of the Tokyo-based company that has suffered business losses for many years now. The deal is estimated to worth about 4 billion yen ($36 million), according to Nikkei Asian Review. This means that Sharp has found a new interest in a market it left eight years ago.

The Osaka-based electronics maker plans to produce Personal Computers cheaply using the scale of parent Foxconn, known as the world’s largest contract company. On Toshiba’s part, the company is earnest to dump its money-losing division as part of its rebuilding efforts.

Under the deal which is expected to be signed this week by both companies, Toshiba would be keeping about 20% stake of the subsidiary, while Sharp purchases roughly 80% stake in Toshiba Client Solutions by October 1.

Toshiba led the world’s PC market share for the first time with its Dynabook line – world’s first A4-size notebook. The company enjoyed the market with its reputation as the maker of the world’s first mass-market laptop in 1985. But the share started dwindling when competitors launched their forces, alongside other technological advances. China’s Lenovo Group is currently leading the market which has been depressed massively by the evolution of smartphones and tablets.

In 2017, Toshiba’s PC business which declined by 13% recorded a loss of about 9.6 billion yens, a lot higher than its previous year’s loss of 500 million yen. Restructuring seems to be the only hope facing the electronics company and the conglomerate has since been pushing for it having sold its cash cow memory chip arm to recoup finances for the rebuilding process. 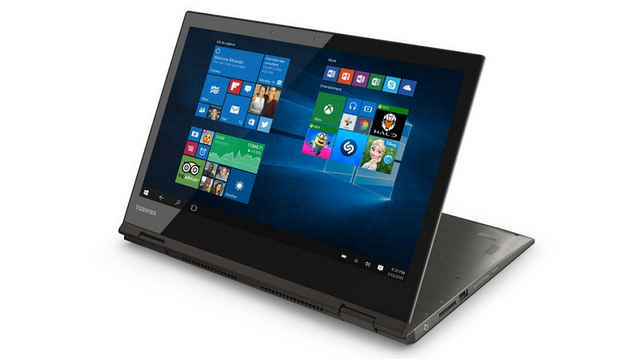 Under the deal which is expected to be signed this week by both companies, Toshiba would be keeping about 20% stake of the subsidiary

What is sharp planning to do with a money-losing PC business?

Meanwhile, eight years ago, Sharp pulled out of PC business as competition grew stronger and profits depreciated, including its Mebius line which wasn’t doing badly in the market. The company seems to have changed business course since acquired by Foxconn two years ago. Foxconn is experienced in the low-cost procurement of network parts and in producing a good volume of PCs efficiently for American companies. Sharp is hanging hope on this experience to revive Toshiba PC business if the deal is completed.

Sharp President Tai Jeng-wu who is deeply experienced in cutting costs, has described equipment for information technology as the most lucrative field the parent company will manage at ease. Also, that the company will find it more efficient to develop the market using Toshiba’s brand than trying to revive Mebius line.

Sharp is hoping to enjoy a lucrative market harmonizing Toshiba PCs and its new efforts to expand multifunction printer business which includes the acquisition of local distributors across Europe and in the US, under Foxconn. The electronics marker will also benefit from producing computers on its own since the company is good in midsize and small liquid-crystal displays.

Anna Domanska
Anna Domanska is an Industry Leaders Magazine author possessing wide-range of knowledge for Business News. She is an avid reader and writer of Business and CEO Magazines and a rigorous follower of Business Leaders.
« The Global Portable Solar Charger Market is Growing
Jet off to Bordeaux in the Most Expensive Private Jet »
Leave a Comment
Close