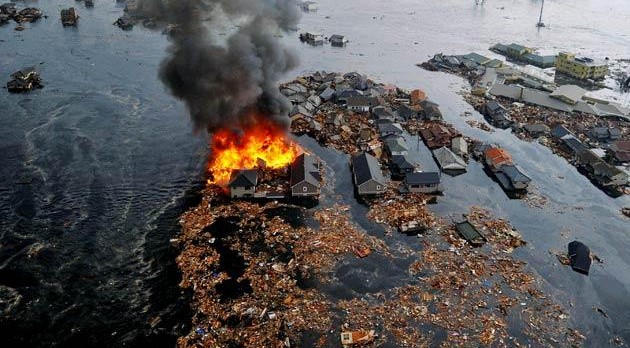 Reports poured in about Japan’s nuclear crisis having now got bad enough to be equated with the Chernobyl disaster, causing a significant dip in stock markets across Asia – the Shanghai Index being one of the only ones to be reporting a 0.3% rise.

With Japan having raised its assessment of how severe the Fukushima nuclear crisis is, now ranking the emergency as a level 7 event on the international scale for nuclear disasters, equates the disaster with Chernobyl.

Of the 33 Topix sub-indexes, all but one ended up lower, with Tepco, owner of the Fukushima Daiichi Plant, falling by 3%.

Some of Japan’s other manufacturing giants showed effects of suffering, with Nikon going down 3.2%, and Sony, falling 2.7%.

The Australian market showed widespread effects of Japan having upped its severity ranking of the Fukushima crisis across sectors, with BHP Billiton falling 1.3%, Fortescue Metals going down 3.4% and Westpac Bank falling 0.7%.

A sell-off frenzy of risk-sensitive currencies such as the euro and the Australian dollar was also seen, while so-called safe-bets, the yen and the Swiss franc, rose.

What brought on the change in severity rank?

According to the International Nuclear Event Scale, developed by the International Atomic Energy Agency in collaboration with countries that use nuclear energy, a disaster would be ranked as a Level 7 nuclear accident if it involves “widespread health and environmental effects” and the “external release of a significant fraction of the reactor core inventory.”

The Level 7 rating has previously been applied only to the Chernobyl disaster in the former Soviet Union. The previously assigned Level 5 rating positioned the Fukushima crisis on the same level as the Three Mile Island accident in Pennsylvania in 1979 – the new rating obviously means a significant increase in the estimated effects of Japan’s nuclear crisis.

With Mr. Hidehiko Nishiyama, deputy director general of Japan’s nuclear regulator, the Nuclear and Industrial Safety Agency, having declared that “tens of thousands of terabecquerels” of radiation per hour have been released from the plant, what will this change in severity rank mean in terms of overall repercussions in the use of nuclear energy as an alternative source of energy?

Like Tetsuo Iguchi, from the department of quantum engineering at Nagoya University said in a statement, “The fact that we have now confirmed the world’s second-ever level 7 accident will have huge consequences for the global nuclear industry. It shows that current safety standards are woefully inadequate.”