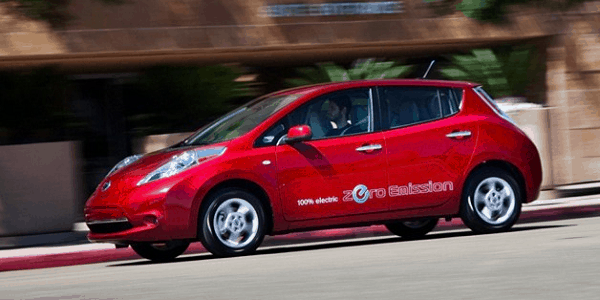 On the 12th of December, Nissan Motor Co., the Japan’s second-largest car manufacturer by sales, announced that the range of its hybrid models would be extended with 15 new ones by 2017. The car manufacturer’s plans are aimed at making its line of green hybrid models more attractive as the company tries to beat its arch rivals in low- and zero-emission vehicles.

The Yokohama-based car manufacturer plans to introduce as many as 15 new gasoline-electric hybrid models by March 2017. Nissan Motor Co.’s green plans are a part of a new long-term strategy aimed at taking advantage of increasing demand for environmentally friendly cars. But the company also wants to increase its market share as well as operating margins as it believes that Nissan Motor Co.’s hybrid models might be attractive to supporters of the green future.

In addition, Japan’s Nissan Motor Co. announced that the launch of an electric version of Infiniti luxury car would take place in 2014. These green plans of Nissan Motor Corp. were made public not so long after the premiere of the 2012 Nissan LEAF model. While reviews of this new electric car produced by the Japan’s car manufacturer differ from each other, but they agree about one thing that the model is truly one of the most significant models in recent years and that it envisions the future of vehicles.

Analysts underline that all of Nissan Motor Co.’s plans indicate that the Japan’s car manufacturer is ready to push away from gasoline engine despite the fact that the company is currently struggling with the Leaf model in the United States. Yet also other manufacturers, including General Motors Co., are facing the same problems as customers are not satisfied and they have expected something more from models such as the Nissan’s Leaf or the Chevrolet’s volt plug-in hybrid.

Even though Nissan Motor Corp. has been facing many challenges, the company remains committed to its six-year environmental protection plan that was released in 2011. The company’s green plan is aimed at reducing emissions generated by its cars, production and other activities.

Apart from introducing new models, Nissan Motor Co. also wants to launch updated versions of existing cars. But that is not all, the company wants to sell as many as 1.5 million electric vehicles worldwide with its partner Renault SA by the end of 2016. The goal is impressive, given the fact that the company sold over 46,000 units of the Leaf electric vehicle till the end of November 2012 since the car had been introduced in December 2010.

Certainly, the increased focus on the expansion of its hybrids and EVs is partly caused by the situation in the Chinese market. Japan’s car manufacturers, including Nissan Motor Co., Toyota Motor Corp. and Honda Motor Co., have been suffering due to a territorial dispute between two Asia’s largest economies, China and Japan. Japan’s exporters saw their sales drop. Therefore they are looking for new markets which could offset losses in China.

Nissan Motor Co. is strongly convinced that sales of its hybrid and EV models would protect it from any other potential downturn which might occur in China.

Anna Domanska
Anna Domanska is an Industry Leaders Magazine author possessing wide-range of knowledge for Business News. She is an avid reader and writer of Business and CEO Magazines and a rigorous follower of Business Leaders.
« HSBC to pay $1.92b settlement over U.S. money-laundering claims
Britons become top internet shopaholics »
Leave a Comment
Close