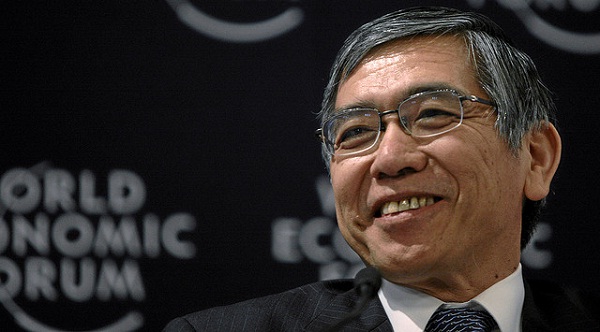 The Bank of Japan’s pledge to invest in long-term bonds in the next two years is seen by many as a ‘new phase of monetary easing.’ This policy is in continuation of the Japanese Prime Minister’s aim to reverse nearly 15 years of deflation.

The Bank of Japan, in the next two years, will affect phased purchase of 7.5 trillion yen in form of long-term bonds per month and will look at fortifying its monetary base, including the cash in circulation. This is in excess of estimates of the 5.2 trillion yen per month investment that most business news reports were found to speculate about. In fact, analysts suggest that this could perhaps be the first significant financial shift in Japanese financial policy in the so-called post-liberalization period.

It is considered that Japan saw its Gross Domestic Product for the fourth quarter of 2013 surge by approximately 0.2 percent annually following previous years’ fall.

Takuji Okubo, the chief economist of former Goldman Sachs Group Inc. (now called Japan Macro Advisors) underlines that, “a weak currency will cause a permanent surplus in the long run. After demand adjusts to the new currency level, the export volume will rise and the import volume will drop.”

Japan as the third biggest economy has seen a rebound in the current-account surplus and has been through a tumultuous phase of sliding yen, spiralling stocks and a new capital. Therefore analysts are strongly convinced that this perhaps be the first significant financial shift in Japanese financial policy in the post-liberalization phase.

The yen was found to dive substantially following the Bank of Japan’s governor’s announcement of the pledge to double the monetary base.  This will create a thriving environment for exporters as a weak currency will boost exports and simultaneously bring in higher earning remissions from diaspora abroad. However, Japanese government will have to be on the constant look-out that the slide is not excessive and does not swell import costs and indirectly bring-in trading imbalances or tensions.

Economists hold an opinion that the yen will depreciate further due to the new steps taken by the Bank of Japan. Concurrently, they underline that if the yen weakens too much, it might cause many problems for the economy in general.

In fact, South Korea is wary of Japan’s financial easing as it will directly impact the country’s advancement. The Finance Minister of South Korea, Hyun Oh Seok, underlined that the continued decline in yen would not have an impact on just South Asian policies but would impact other Asian countries as well.

However, Japanese new policies were not criticized during the G-20 discussions.

The Tesla Cyberturck left many disappointed with its alien space ship-like design; though both trucks are still under production, what matters most is what comes under the hood.
1 hour ago