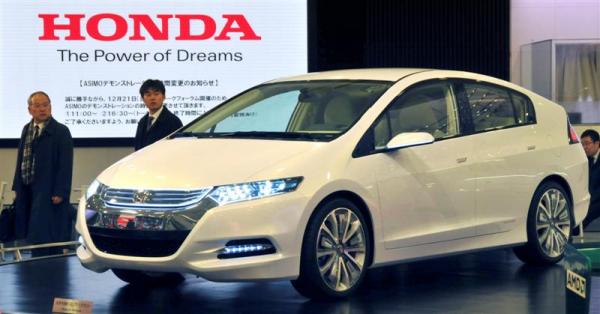 Honda Motor Co., one of the Japan’s largest carmakers, revised its full-year profit forecast by as much as 20 percent after sales in China slumped due to a territorial dispute between the governments of Asia’s two largest economies.

On the 29th of October, Honda Motor Co. released its earnings and it informed that the full-year profit forecast was revised after its sales in China were affected by the territorial dispute over East China Sea islands.

According to released data, Honda Motor Co.’s net profit for the quarter July-September grew approximately 36.1 percent to roughly $1.03 billion (82.2 billion yen), however it missed analysts’ estimates by as much as 25 percent. Net come increased due to a growth of 45 percent in the U.S. Honda Motor Co. introduced the redesigned Accord sedan to its biggest market just in September. As it was stated, the Japan’s third-largest carmaker planned to sell approximately 1.74 million vehicles in the market of North America to March 2013.

Honda Motor Co.’s quarterly profits were, however, dented by the new Accord-related costs, yet the new model helped the company grow its shares of the U.S. market to approximately 8.7 percent in the month of September.

The Japan’s third-largest carmaker, Honda Motor Co., informed that its sales in China fell as much as 40 percent in September to a 16-month low. Decreases in China sales were also seen by other Japan’s automakers, including Toyota Motor Corp. Because of slumps in China’s sales Honda Motor Co. decided to lower the net profit forecast for the fiscal year ending March to roughly 375 billion yen ($4.7 billion) from its former forecast of 470 billion yen.

Apart from cuts in the full-year operating profit forecast, Honda Motor Co. decided to reduce its revenue forecast approximately 4.9 percent to 9.8 trillion. The company also cut its annual vehicle-sales target to roughly 4.12 million units from the former target of 4.3 million.

China’s market is Honda Motor Co.’s second-largest market just right after the United States. The company informed that its sales in China slumped approximately 40 percent in the month of September. Mitsushige Akino, an analyst with Ichiyoshi Investment Management Co., stated: “China is a major risk and this is causing confidence to wane. Risks will persist as long as the company fails to calculate the financial toll.”

Analysts believe that the Japan-China territorial dispute can also affect results in third and fourth quarters. In addition, forecasts of Nissan Motor Co. and Toyota Motor Corp. are expected to be cut as well.

Most meat in 2040 will not come from animals, says report. However, the recent decline in sales of plant-based meat fell by 1.8 percent compared to the year before, taking declines
12 mins ago