Volkswagen Wants To Sell Electric Cars For Less Than $23,000

A Japanese battery producer and a Japanese auto racing group have declared a collaboration to create an electric car battery, which will be like no other technologies you’ve come across – a pioneering cotton-based battery! 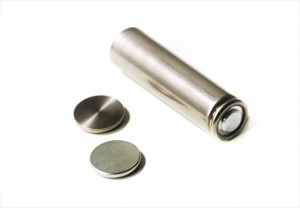 PowerJapan Plus has not yet revealed on the detailed science of the cathode, anode and electrolyte – working of the technology. Although, some journalists have already started lashing out on the technology – Ryden’s “natural cotton” composition, implying that the cotton fibers in the anode and cathode were developed in pesticide-free, pesticide-reduced environment. Spectrum IEEE supposed the word ‘organic’ in the present context rather than implying a carbon-based meaning as in “organic chemistry”.

The Ryden battery has five advantages over lithium-ions as mentioned above. It can charge 20times faster than lithium-ion batteries. It has over 3,000 charge and discharge cycles, making it extremely dependable. It’s easy to manufacture and doesn’t use any rare metals in the making. The Ryden battery is extremely safe and runs at a steady temperature, reducing the risk of fire and explosion hazards. Finally, the battery is 100% recyclable.

A month ago, PowerJapan Plus unveiled its Ryden battery to a media show – although numerous queries remained unanswered about the technology. “The Ryden dual carbon battery is the energy storage breakthrough needed to bring green technology like electric vehicles to mass market,” said Dou Kani, CEO of Power Japan Plus. 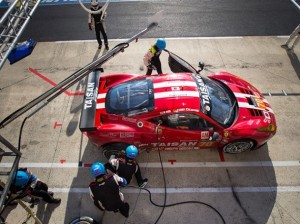 Not long from now, the Japanese Le Mans auto racing group, Team Taisan, reported its association with PowerJapan Plus to create Ryden batteries for an electric vehicle it hope to race with one day. The first step towards making it possible, they say, is a Ryden-fueled electric go-kart that is presently slated to begin test driving in August. In the PJP-Taisan announcement video, Taisan Team owner Yatsune Chiba says it had long ago attempted to race Tesla electric cars however experienced issues with its batteries overheating.

“We have faced a number of issues with electric vehicle batteries up until now,” says Chiba in the accompanying press announcement. “The Ryden battery from Power Japan Plus is the solution we have been searching for. We will first develop a battery capable of withstanding the rigorous demands of racing, before advancing the technology for use in commercial applications.”