The smart mask is the perfect answer to Corona fears as it allows handsfree communication.

A Japanese startup, Donut Robotics, has unveiled a smart face mask that connects to smartphones and allows one to make calls remotely without having to hold the mobile to your ear. It also translates Japanese into eight different languages. Donut Robotics says it is the perfect answer to remain hands-free in Coronavirus times.

The current situation with the virus demands that we touch and use devices and surfaces as little as possible. The product is called the “C-Mask,” and can be fitted over a regular fabric-based mask. It connects to an app via Bluetooth that transcribes speech to text message, which are then sent to the user’s mobile. It can even amplify the voice while making a call. 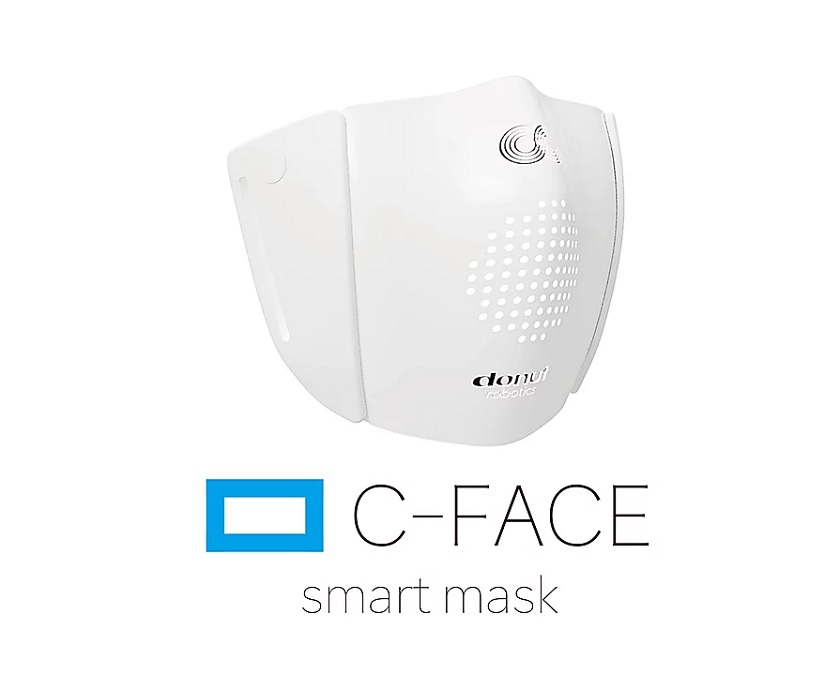 “We worked hard for years to develop a robot and we have used that technology to create a product that responds to how the coronavirus has reshaped society,” said Donut Robotics CEO Taisuke Ono, speaking to Reuters.

Donut Robotics’ engineers came up with the idea for the mask as an alternative to help the company survive the downturn of the Pandemic. Just before the pandemic struck, the company had secured a contract to supply robot guides at Tokyo’s Haneda Airport. But the coronavirus put paid to the plans and the company is not sure that they will be asked to fulfil the order even later as the travel industry will take a long time to recover.

“We raised our initial target of 7 million yen within three minutes and stopped after 37 minutes when we had reached 28 million yen,” he said.

Donut Robotics intends to send the first shipment of 5,000 units to Japan in September priced at 3,980 yen or about $37.23. The company will offer the C-Masks to markets in the United States, Europe and China. Another way to monetize will be through subscriber services offered via an app that can be downloaded.

Along with language translation and messages, the company intends to expand the smart mask’s functionality and include augmented reality and virtual reality. In addition to its illustrated functions, the mask can also take notes and minutes.

There is a strong interest in the device, especially as the virus is not going to disappear any time soon. Added to the fact is that masks may now be a part of our everyday wear just like spectacles or any other accessory. So, interest is going to romp up with time and not wane once the Pandemic is over.

Most industries have taken a hit due to the Pandemic, and the smartphone industry has not been immune to the dip in sales. China being the biggest market and supplier of parts for smartphones, the industry has taken a huge loss in sales and meeting production targets. The first quarter of 2020 has seen the worst contraction in history for the devices.

According to a Gartner report, the June sales fell by 20 percent for the industry.

The C-Mask offers a contact-less way of using your smartphone. The Bluetooth allows one to connect to a phone lying in the vicinity and through the smart mask one can speak and text on the phone without having to hold it near the face.