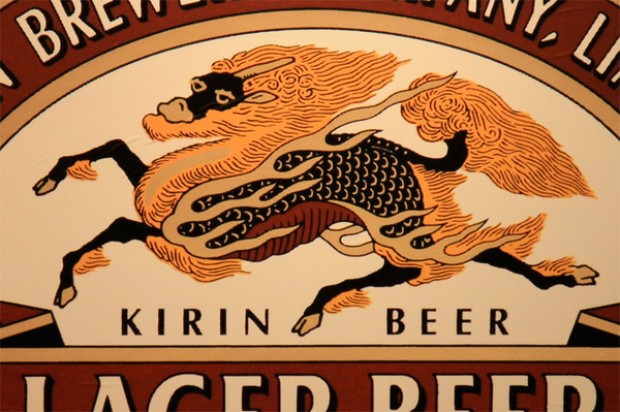 With domestic sales of Japan’s breweries being severely affected by the country’s decreasing population as well as a general decline in the preference for beer in Japan’s beverage market, the nation’s brewers have been on a spree to expand their international operations.

The latest among these is the announcement by Tokyo-based company, Kirin Holdings Co., of buying over all outstanding shares of Brazil’s Aleadri-Schinni Participacoes e Representacoes S.A., which holds a 50.45% stake in brewer Grupo Schincariol for around US$2.56 billion.

The deal reportedly records as being the second-largest Japanese acquisition in Latin America and also the third biggest Japan outbound M&A deal in the beverages sector.

After China and the U.S., Brazil figures as the world’s third largest beer market, and offers itself as an attractive market for Kirin, which has been facing stagnant growth in its home market.

Kirin President, Senji Miyake said at a press conference that this recent move by the company “will enable us to build an ideal platform” in establishing Kirin’s beverage and beer business in the rapidly expanding Brazilian market.

Schincariol produces the Nova Schin beer brand, as well as soft drinks, juice and bottled water under the Schin and Skinka brands.

Kirin, with its market value of about $14 billion, owns all of Australia’s Lion Nathan Ltd. and 48% of San Miguel Brewery Inc. of the Philippines.

And while Kirin’s attempted merger with Japan’s Suntory Holdings Ltd last year fell through, the company acquired almost 15% of Singapore’s Fraser & Neave Ltd. in a deal valued at about $970 million at the time of purchase.

The timing of the deal couldn’t have been better, with the rapidly rising yen creating an opportunity for cashed-up Japanese big-wigs to get more for value for money where beyond borders acquisitions are concerned. Miyake however, under-played this particular aspect when he addressed the press conference, instead emphasizing on the fact that in context of the current aggressive competition among companies in acquiring a larger slice of the global market share, “this is a rare opportunity to buy an influential company.”

“We have been looking for promising targets to gear toward further growth, and we found a prominent one in Brazil where we see potential,” Miyake said further. “The Brazilian market for beer and soft drinks outstrips that of Japan.”

Kirin is also in the process of completing a US$400 million joint venture with China Resources Enterprise Ltd. which will give Kirin a 40% stake in its soft drink unit.

Beer demand in Brazil, the world’s third-largest beer market, is expected to increase in keeping with the nation’s economic growth. Currently, demand here is nearly double the size of that in Japan, which ranks as the world’s sixth largest beer drinker.

According to the National Brewing Association, an industry trade group, Brazil’s beer consumption recorded an 11% jump in 2010 as compared to the year before. This is quite considerable, when viewed in context of the 1% to 2% growth being recorded by the U.S. beer market.

In light of the growth potential presented by the Brazilian market, despite the view that many analysts have of Kirin paying a dear price for this deal, most view it as a premium being paid by the company to get a foothold in fast-growing emerging markets.

Schincariol on the other hand, while being Brazil’s second-largest beer-maker, has slowly lost market share to brewing giant Anheuser-Busch InBev NV over the last few years. Earlier this year, Schincariol had approached leading global players regarding a possible bid, and market experts had speculated that Heineken or SABMiller were considering a possible bid.

However, the company has finally struck the deal with Kirin, with Kirin projecting that it will use its technology and marketing to help boost Schincariol’s annual sales by 10% on average.