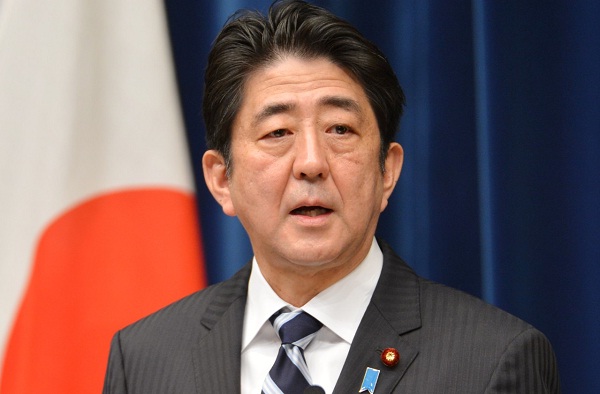 Official data showed that Japan witnessed a surprising contraction in factory output in February. The released figures highlighted a huge task ahead of the new government of the world’s third economy. The government will have to work by the sweat of its own brow to get out of economic stagnation and deflation.

On the 29th of March, official information was released showing that Japan witnessed an unexpected decrease in factory output. According to data, Japan saw its industrial output contract approximately 0.1 percent in February from January and it was the unexpected  first month-on-month drop since November 2012. The figures on the Japan’s factory output released by the Ministry of Economy, Trade and Industry were indeed surprising as they were significantly down from analysts’ estimates of a 2.6 percent increase.

In addition, the separate data indicated that Japan recorded a drop of 0.3 percent in core consumer prices in February from a year earlier. A drop in the index was smaller than analysts’ projections of a 0.4 percent slump. Because of the drop, the Bank of Japan will certainly have to introduce more aggressive easing measures if it wants to reach the 2 percent inflation target. Moreover,  the index  surprisingly slumped for the fourth consecutive month in  February. Without a doubt, the decline in core consumer prices was shocking as it came despite an outstanding 15 percent dip in the value of the yen. The weakening yen strengthened Japan’s exports which had suffered from the strong yen and the territorial dispute over the Senkaku islands. As for the unemployment rate, it climbed subtly to around 4.3 percent, compared to a 4.2 percent noted in January.

According to the official forecast prepared by the Ministry of Economy, Trade and Industry, Japan’s factory output will increase approximately 1 percent in March.

Challenging task ahead of BoJ

The figures on Japan’s industrial output and core consumer prices were released just about few days before a BoJ meeting which is due to begin in the first week of April. Haruhiko Kuroda, the new governor of the Bank of Japan, will lay down his plans regarding monetary easing and other issues as well. It is widely expected that Haruhiko Kuroda, who was appointed by Prime Minister Shinzo Abe, will take steps much in line of the strategy of the Japan’s government which aims to boost the country’s economy.

Moreover, all steps of the BoJ will be aimed at beating deflation through introducing more aggressive policy measures. Prime Minister Shinzo Abe wants to back the Japan’s economy which has been struggling for years.  And indeed, the latest decisions led to weakening of the yen which in turn strengthened Japanese exporters, including Toyota Motor Corp. or Sony Corp.

Even though the economic situation of Japan still is more or less unpredictable, analysts remain moderate optimistic about the future as the country witnessed modest growth in the last three months ended December 2012 and the latest decisions of the government are bearing fruits.

Anna Domanska
Anna Domanska is an Industry Leaders Magazine author possessing wide-range of knowledge for Business News. She is an avid reader and writer of Business and CEO Magazines and a rigorous follower of Business Leaders.
« BP & partners are to invest $500m in North Sea’s Clair field
The Key to a Successful Leadership »
Leave a Comment
Close