Does crisis management make you a better leader? 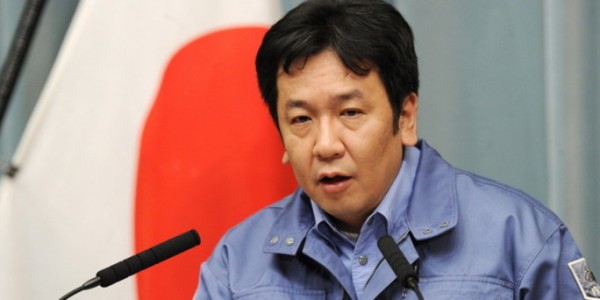 Most of Japan’s 54 nuclear reactors, except one, are offline for regular safety checks, and the last is expected be shut down in May. Residents fear another disaster like the Fukushima crisis, but Japan might face a severe power shortage if reactors are not restarted on time.

The Japanese government has issued new safety guidelines to address the worries that the residents in Japan have. In response, Kansai Electric Power Co. submitted its safety plans earlier yesterday for two reactors at the Ohi plant in Fukui prefecture, saying the full upgrades will take up to three years. A few hours later, Yukio Edano said the No. 3 and 4 reactors at the Ohi plant more or less met the safety standards of the Japanese government.

Edano said that according to the Nuclear and Industrial Safety Agency, the Ohi reactors’ past safety upgrades since the Fukushima crisis alone could provide enough safety margins and protections to keep reactor cores from melting even in the event of a similar earthquake or tsunami. The plans for safety upgrade submitted by the utility demonstrated its voluntary effort to find necessary steps and take concrete action.

Yukio Edano believes that the top officials will go over the checklist once more before making a final evaluation and later discuss a possible startup in light of electricity demands during the hot summer months. Kansai Electric said that its service area, including Osaka and Kyoto, will face up to 20 percent of power shortage during the summer if the reactors stayed offline.

Filtered vents that could substantially reduce radiation leaks in case of an accident threatening an explosion, a radiation-free crisis management building and fences to block debris washed up by a tsunami won’t be ready until 2015. This means that the plant, along with its workers and residents, won’t be fully protected from radiation leaks if a Fukushima-class accident occurs while the measures are being taken.

Quite a few experts believe that resumption without these key protections would leave the plant susceptible and weak. The crisis management headquarters at the Ohi plant, currently, is in the basement, which would be flooded in case of a major tsunami, Kansai Electric officials said. The plant is relocating the function to a room next to the control room for the two reactors.

None of Japan’s 54 nuclear reactors are equipped with filtered vents, even though their operators are moving to install them in coming years. Ohi town mayor Shinobu Tokioka called the roadmap a step forward, but urged the central government and nuclear regulators to carefully review the reactors’ safety. Starting up the reactors would usually take one or two days after approval is granted, but it is still unclear how long it would take in this case.