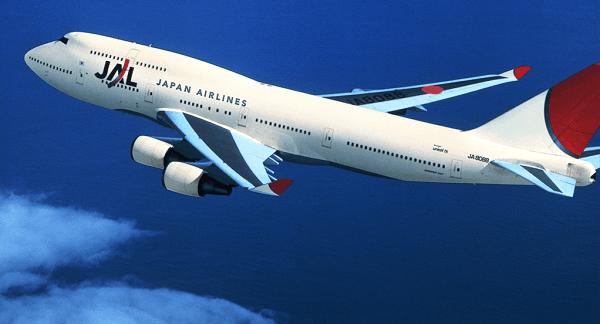 Japan Airlines Co. was relisted on Tokyo Stock Exchange on the 19th of September just three years after a blockbuster bankruptcy. Japan Airlines Co.’s shares opened 0.5 percent higher than the offering price of ¥3,790. The IPO of the Japanese carrier is said to be the second largest IPO in 2012 just right behind one of Facebook Inc., which debuted also this year. In addition, the relisting of Japan Airlines Co. is an example of the fastest corporate turnarounds in Japan so far!

The IPO of Japan Airlines Co.

Even though the outlook for the airline industry remains uncertain, a strong debut of Japan Airline Co.’s shares had been expected mainly because of the company’s cheap evaluation and strong balance sheet following cutbacks in head, routes and jets as well.

Japan Airlines Co.’s shares opened at ¥3,810 on the Tokyo Stock Exchange. The Japanese carrier’s shares grew to ¥3,905 yen, up 3.03 percent on the offer price, following an offering that raised roughly $8.5 billion, which means that Japan Airlines Co.’s IPO is the second biggest in the world in 2012 after Facebook Inc.

Demand, however, was smaller than analysts had expected and Japan Airlines Co.’s shares did not grow much above the initial offering price. But still, as it has been aforementioned, the Japanese carrier’s IPO is the second largest just behind that of Facebook Inc., which raised approximately $16 billion at its initial $38 per share May offering. Yet the Facebook Inc.’s IPO caused many problems, to start with simple confusion and to end with lawsuits. Just on 18th of September Facebook Inc.’s shares were traded under $22 per share.

Yoshihiro Okumura, general manager of research at Chibagin Asset Management, is convinced that nevertheless the industry’s competitive environment, there are expectations for earnings after some time.

The big come back of Japan Airlines Co.

The Japan Airlines Co.’s return to trading is notable. It was not so long time ago, just in 2010, when the Japanese carrier collapsed under debt accumulated by both pensions and unprofitable flights. After the company’s officials decided to file for bankruptcy, the carrier underwent cutbacks, including reduction of workforce and pensions. Since 2010 Japan Airlines Co. has been working on improving its management and its balance sheet as well. A corporate culture, which is focused on savings, was implemented in the company. It is said that exactly its new corporate culture is responsible for the most recent success of the Japan Airlines Co.

Kazuo Inamori, who had transformed Japan Airline Co. into a leaner, nimbler airline that can generate stable profits, convinced skeptical investors that the company changed for better and that it could be trusted. Yoshiharu Ueki – President of Japan Airline Co., however, noted: “We’re not feeling relieved with the relisting. While this is the passing of one milestone, we are arriving just at the starting line.”

Yet the Japan Airline Co.’ come back and relisting come at a tough time when airline industry becomes more competitive and carriers engage in price wars. But Yoshiharu Ueki is confident that the Japanese carrier will grow sustainably even in 10 years from the day of the Japan Airlines Co.’s relisting on Tokyo Stock Exchange.