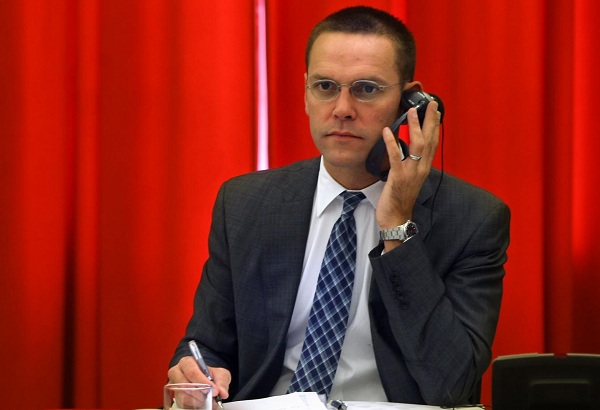 After months of deeply rough and sore scrutiny, James Murdoch, the executive chairman of News International, resigned as head of his father’s scandal-ridden newspaper properties in Britain Wednesday. Apparently, this will allow him to concentrate on expanding the international TV businesses of the parent company News Corporation, Rupert Murdoch’s global media conglomerate.

James Murdoch will stay News Corp’s deputy chief operating officer and is expected to be based in New York. James Murdoch has been praised for his last contribution to group strategy by his loving father, Rupert Murdoch. The declaration of Murdoch Junior’s resignation as executive chairman of News International, the British newspaper subsidiary of News Corp., followed a moment of growing pressure on the Rupert Murdoch’s tabloids, The Sun and the now-defunct News of the World, at the center of the scandal.

James Murdoch’s transfer to the New York headquarters, in a statement by News Corp, had been considered as a routine step that company insiders say was first ordered by his father 18 months ago, and that he had already effectively abandoned his London office for New York. This is probably turning into a controversial piece of news. Instead of a punishment, they sought to portray the move as an enlargement of his responsibilities for News Corp.’s international television holdings, a field in which he has won plaudits as profits have soared in the British, European and Asian operations he has overseen for the past decade.

News International, the vast communications company, has been slashed by spreading ethics charges that have shown way to dozens of arrests, the expenditure of millions of dollars in legal settlements and obviously, the closing of newspaper. It was initially viewed as a case of mischievous tabloids probing for scoops on celebrities and the royal family, but the scandal eventually led to dark headlines last year after emerging that 13-year-old kidnapping victim Milly Dowler’s cell phone was hacked on behalf of journalists in 2002. She was later found murdered.

So, while James Murdoch’s stock is on the decline, the possible candidates to ascend to the throne are two other Murdoch children, daughter Elisabeth and son Lachlan. Murdoch’s third wife, Wendi, seems be another wild card. She is a former executive at the company who is also very influential within the corridors of News Corp.

James Murdoch has not yet been questioned in the scandal, which has seen at least 30 individuals linked to The Sun and News of the World arrested, questioned for up to 10 hours and released on bail. James Murdoch has denied any role in the wrongdoing, rejecting the testimony of high-ranking colleagues, as false, in the British newspaper operations.