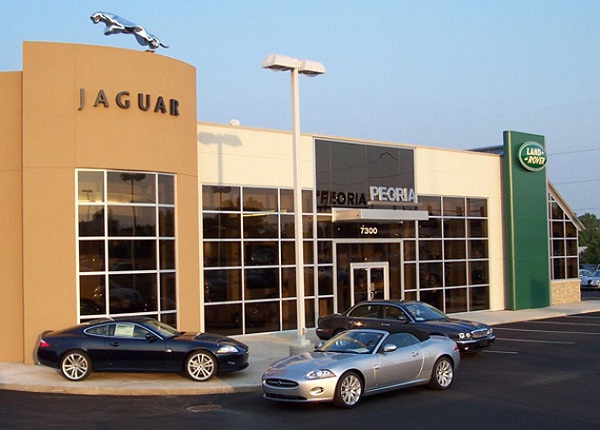 Jaguar Land Rover, the luxury car company owned by Tata Motors Ltd., informed that its global sales climbed approximately 30 percent in 2012. According to data, China became the largest market for the luxury car company exceeding the UK market. As the carmaker saw high demand for its high-end models, it decided to add 800 UK jobs at Solihull plant.

What is interesting is that demand in China exceeded the UK demand for the first time. Jaguar Land Rover saw its China’s sales increase approximately 80 percent to slightly over 71,900 in 2012. Jaguar Land Rover inked a joint venture deal with Chinese company Chery Automobile as the China’s market is becoming more important to the luxury car company owned by Tata Motors Ltd.

Apart from China, also the UK, the US, Russia and Italy were in the top five markets, comprising as much as 65 percent of the luxury car company owned by Tata Motors Ltd.

Phil Popham, Jaguar Land Rover’s director of group sales operations, expressed the Jaguar Land Rover’s confidence that the company would become a major high-end brand: “Our vision is to be a significant global player in the premium market. We will increase our sales across all our regions quite significantly.”

The luxury car company owned by Tata Motors Ltd. added as many as 8,000 workers worldwide in the last two years. As the luxury carmaker posted the surprisingly high increase in its 2013 car sales, it decided to add 800 positions at the Solihull plant which is located in the West Midlands.

The creation of new positions at the factory, where as many as 6,000 people work, is aimed at backing the launch of new vehicles in 2013. Certainly the creation of jobs in the UK is welcomed with relief as just recently Honda Motor Co. has informed that it plans to downsize its workforce at the Swindon car plant. As opposed to the Japan’s carmaker, which pinned the blame for its decision to cut jobs on the European debt crisis, the luxury car company owned by Tata Motors Ltd. decided to hire more workers thanks to the record car sales and growing demand.

Without a doubt, the creation of  new jobs at the car plant will be an injection of hope for the UK car industry.

Anna Domanska
Anna Domanska is an Industry Leaders Magazine author possessing wide-range of knowledge for Business News. She is an avid reader and writer of Business and CEO Magazines and a rigorous follower of Business Leaders.
« Sluggish demand leads to job cuts in Honda
Miner Rio Tinto to expand iron ore production on growing China’s demand »
Leave a Comment
Close