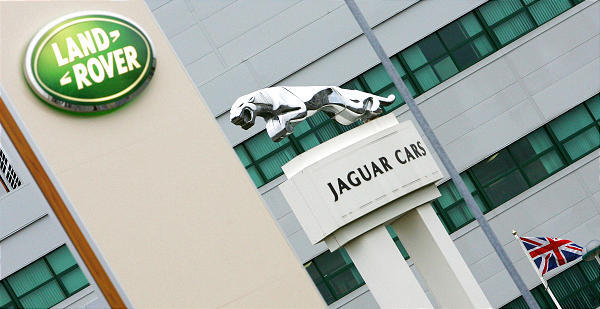 Luxury carmaker Jaguar Land Rover informed that it would scale up investments at its UK engine plant by more than 40 percent as demand for the SUVs increased in China and other emerging markets as well. In addition, Jaguar Land Rover plans to double the head count by creating additional 700 jobs and invest £500 million at its i54 business park.

World-known Jaguar Land Rover Automotive PLC, owned by India’s Tata Motors Ltd., released a statement on the 5th of March stating that it would create as many as 700 new positions at its UK engine plant. Moreover, Jaguar Land Rover is widely expected to hire skilled workers including engineers and manufacturers. The UK engine plant, which is located on the border of Staffordshire and Wolverhampton, is expected to commence production early in 2014. Ralf Speth, chief executive officer at JLR, underlined: “Jaguar Land Rover’s new engine manufacturing centre in the UK is a clear demonstration of our business strategy guiding our investment plans.”

According to a statement released by the company, the total investment at the i54 plant, headquartered at Gaydon, sums up to nearly £500 million. In 2011, however, the company announced that it would plow as much as £355 million in setting up the UK engine plant. The i54 business park is the first facility in the company’s history which is completely designed and managed by Jaguar Land Rover. In addition, Jaguar Land Rover informed that it would produce “technologically advanced, lightweight 4-cylinder low emission diesel and petrol engines” at its i54 site. The facility, which is 100,000 square meters wide, will also include a center to characterize engines along with assembly halls and a manufacturing center.

Jaguar Land Rover witnessed its best performance in 2012 as exports increased and sales enhanced. Sales for the year ended December 2012 increased as much as 30 percent from a year earlier. Range Rover Evoque topped the performance chart as it contributed to 108,600 units of sales. The total sales of Jaguar Land Rover in 2012 amounted to more than 350,000 units worldwide. In addition, the luxury carmaker plans to increase the annual product development expenditure to £2.7 billion, up by £750 million. Moreover, exports in China considerably climbed after Jaguar Land Rover started a factory with local carmaker Chery Automobile.

The company is expanding its horizons in response to significantly strong global demand for luxury cars in emerging markets. Jaguar Land Rover is planning to introduce its series of luxury cars in India after import duties on luxury cars were reduced from 100 percent to 75 percent. The car giant seeks to expand business in emerging markets like India and China, where it will soon start assembling its popular Range Rover Evoque in order to capture a greater market share.

Two tweets were posted using NFT artist Beeple’s account. The first one promoted an exclusive collection with Louis Vuitton. The second tweet announced that Beeple would soon rel
11 seconds ago