Jaguar, the name is enough to create a picture of a luxurious sedan in the minds of automobile lovers. This automobile manufacturer is known on a global scale for its classy features and endless style. But when it announced the launch of its SUV model, everyone was perplexed. Some car experts believed that Jaguar’s forte is to manufacture luxury cars, something as sturdy as a SUV might not be their cup of tea. But the Jaguar F-pace SUV review will put all these doubts to rest.

The Jaguar F-pace SUV was launched after much speculation and excitement at the Los Angeles Auto Show in the year 2015. In this event, the Jaguar Land Rover series officially released is first-ever sport utility car for the U.S. market. And finally after almost a year, the F-pace SUV features are out in the open. On closer observation of this exquisite automobile in person, its sleek features, and attractive look is stunning. The appeal of this car increases drastically simply by looking at it. Experts believe that the Jaguar F-pace is one of the most attractive looking SUVs available in the automobile market.

Jaguar’s latest innovative design is by the award-winning British automobile designer, Ian Callum. He has previously worked on renowned projects like the Aston Martin DB7 and Vanquish supercars. The SUV stands out in comparison to other sleek cars of Jaguar, as it also has a sporty edge to it. Due to its humongous size, driving this car through narrow roads might be a slight bother but it owns the routes on main roads or highways. 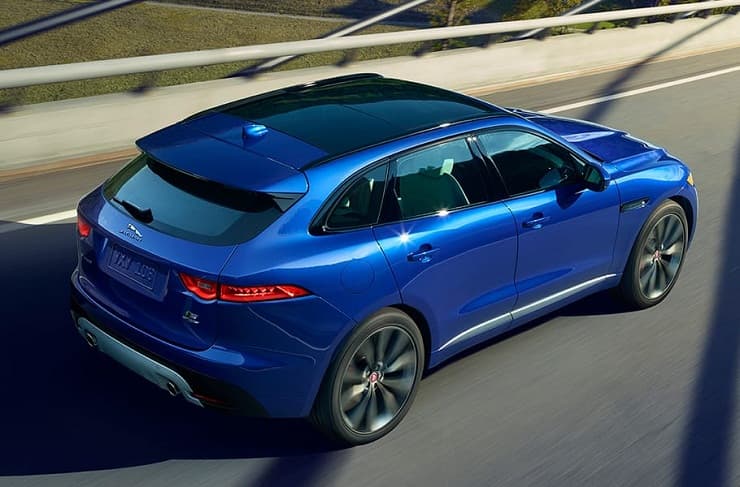 The Jaguar F-pace SUV review gives an idea about the sleek yet sporty automobile.

Apart from the attractive quotient of its appearance, the SUV has a dual exhaust, low-stung stance, and large wheels which give the impression of a performance-oriented appearance. Despite the innovative features, Jaguar has retained its focus on the car’s performance as well. The interiors of the car are minimalistic with simple yet modern upholstery. Like many other Jaguar cars, the SUV mainly comprises of aluminum. One-third of this is used for recycle. This makes the automobile eco-friendly with a considerably lesser carbon output.

While driving this car, the driver gets a sports car feel due to its smooth engine yet its light which promotes fuel efficiency. On a closer look on the F-pace SUV review, one can notice that there are three types of models. The cheapest one is a 2.0 liter turbocharged diesel engine offering a relatively affordable luxury. The most expensive flagship F-pace has a 380 horsepower 3.0 liter supercharged V6 engine. This model offers a sports car performance along with a comfortable and luxurious package. The boot is quite spacious which offers 650 liters of luggage space. The luggage space is expandable on lowering the rear seats. The F-pace SUV price of the lowest model starts from $41,990.