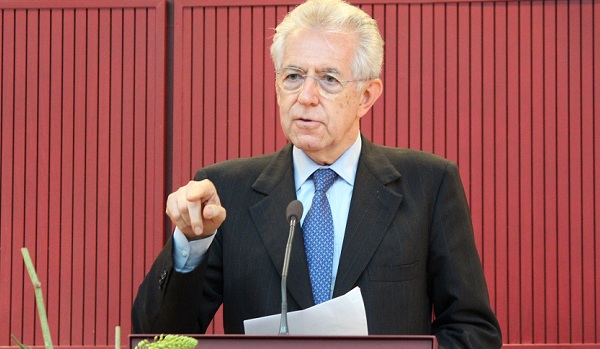 Friday proved to be quite a surprising day for the market when Moody’s downgraded the rating of the Italian government’s bond to Baa2 by cutting it down two notches and even issued a warning that further cuts could be made, building up the pressure only a few hours before the biggest bond sale is commenced by the euro zone economy which also happens to be the third-largest.

Italy’s increased liquidity threats are to be held responsible as the major factors behind its decision according to the ratings agency along with an anticipated decline of the country’s already fragile financial condition.

Italy has now been downgraded to only two notches above what is considered to be junk position. The present situation may further increase the country’s already-troublesome borrowing expenses and threatens to weaken Prime Minister, Mario Monti’s hard work to alter the market response through means of stern economic and administrative restructuring.

Moody’s harsh word of caution, which comes at a time when shareholders are already bothered by Spain’s inability to make some restorations to its banking division, managed to bump the value of the euro down to about a quarter of a single cent and also led to the fall of BTP futures by almost 60 ticks.

The agency warned that the debt ranking of the Italian government could be downgraded further in the likely event that there is significant other material decline in the monetary scenario or problems in executing reorganizational methods. They also added that if the country’s admission to public debt markers became further inhibited and it were to be in need of external help, Italy’s sovereign ranking could suffer from significantly lower ranking levels.

In a step taken that poses a risk of leading to further asset outflows from the country, Moody’s considered Italy’s rakings lower than those from agencies, Fitch Ratings and Standard & Poor’s Ratings Services.

The borrowing costs in the country have been cited as being too high when the balance of its framework and low debit are considered. Monti’s attempts to reform the state, however, have been met with praise.

Italy was supposed to host a sale for the amount, 5.25 billion euros, divided into medium-term bonds as well as a new issue valid for a three-year period, on Friday. However, Moody’s threat seeks to disrupt the whole situation. The auction was really important as there were high hopes attached to it that it would result in the decrease of lending fees.

Bonds from Italy were already on the verge of losing ground and Moody’s news is going to deliver a sharp blow to them. According to Moody’s, the amplified vulnerability of the country to political episode hazard, like the departure of the Greeks from the euro district or Spain being in need of extra support, is what drove them to advocate the downgrade. The agency believes that Italy was about to face mounting financial troubles in light of its considerable public debt and hefty yearly borrowing requirements. The downgrade is currently under scrutiny by Italian magistrates.