It will be a Joy Ride for Developers and You, Promises Uber

Apps that can Earn You Some Extra Money 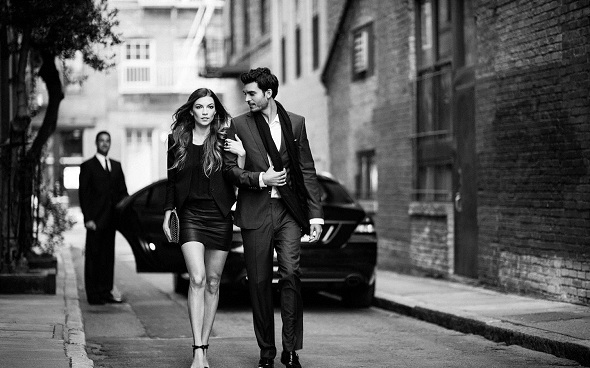 TripAdvisor, Starbucks, OpenTable have yet another gimmick up their sleeves for its valued customers: Users using the mobile version of their apps can now book a ride with Uber to restaurants, bars, tourist attractions and hotels in more than 40 cities worldwide. So practically, you can now request Uber from your TripAdvisor app.

When a user visits the website to look at information surrounding a destination, an estimated Uber far and time with “ride there with Uber” will pop up on the screen. This will allow users to book a ride on the Uber app or website.

According to a press release made public by TripAdvisor, it is one of the first three services to incorporate Uber’s new public API into its framework.

The new feature helps “requesting an Uber in context, right inside the TripAdvisor app,” according to a statement from Jeff Holden, the chief product officer at Uber. “That’s a big deal, because it saves people time and simplifies their lives: instead of having to exit the TripAdvisor app, run the Uber app and enter the destination address, your Uber is on its way with just a tap, ready to whisk you off to the venue you were looking at.”

The API released today by Uber would allow its on-demand ride-sharing service to be integrated into third-party apps. It will be available to app developers who will embed it using innovative ways into apps and websites. Uber has 11 partners already signed up for the integration of the new feature.

Who says developers don’t have fun?

Uber is incentivizing developers who will be embedding the API

It will also launch an affiliate program to offer up free credits to developers who get people using its service. 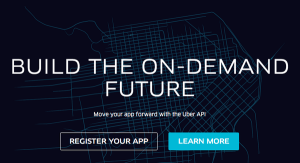 This year in May, Uber became integrated with Google Maps, enabling users who use Google Maps app to request a driver. Uber has a worldwide presence, with its service available in about 50 countries with a large potential in the untapped market. Integration of API will help them make a prominent control over the market in such regions where its services are still in its infancy from a market domination point of view.

Among the 11 partners who have already signed up to partner includes: Expensify, Hinge, Hyatt Hotels & Resorts, Momento, OpenTable, Starbucks, Tempo, Time Out, TripAdvisor, TripCase, and United Airlines. Uber’s partners have agreed to make Uber its exclusive ground transportation partner to expel competition from future APIs introduced by its rivals that might lure developers.

Uber SVP of business Emil Michael believes that there are around 200 million users who have downloaded those initial apps. In order to reach out to these users, Uber will likewise put forth new users up to $30 when they sign up using those apps. “We’re in over 150 cities and nearly 50 countries. We’re touching every inch of every city, every hour of every day,” he said.

In June, Uber landed a $17 billion valuation in a $1.2 billion financing, making it one of the most highly valued startups in Silicon Valley.

Anna Domanska
Anna Domanska is an Industry Leaders Magazine author possessing wide-range of knowledge for Business News. She is an avid reader and writer of Business and CEO Magazines and a rigorous follower of Business Leaders.
« AT&T to Deliver Super-Fast Internet Service in Silicon Valley
Samsung along with Barnes & Noble unveils Galaxy Tab 4 Nook »
Leave a Comment
Close