It is the largest project of its kind ever successfully taken. 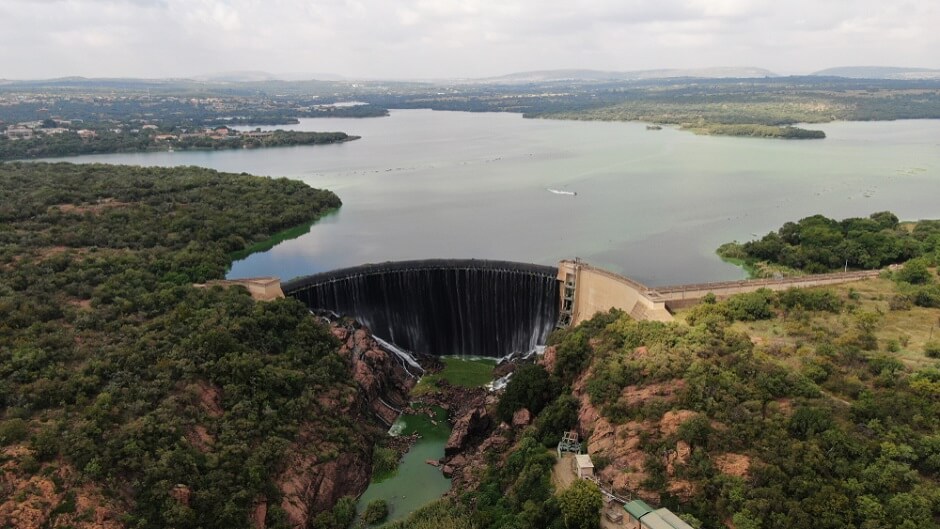 A Tel-Aviv-based cleantech company, BlueGreen Water Technologies Ltd., says that it has successfully rid the Roodeplaat Dam in South Africa of toxic cyanobacteria. The company used its proprietary algaecide, Lake Guard Oxy, to remove bacteria from over 4.3 square-kilometer (1.7 square-mile) of Roodeplaat dam by coating it with a biodegradable polymer that floats on the water surface, according to Eyal Harel, the chief executive officer and co-founder of the Tel Aviv-based company. It is one of the largest such project undertaken to date.

Cyanobacteria is also commonly known as blue-green algae and is known to choke waterbodies all over the world. The bacteria proliferate under abundant sunlight and the presence of sewage or fertilizer-rich agricultural run-off.

Traditional methods use heavier chemicals, which sink into the water and do more damage to the water body and environment than killing the bacteria. “Such methods shock treat the entire water column, which is bad for large lakes and very expensive,” Harel said in an interview. “From an environmental point of view its catastrophic, and from an operational view it’s a nightmare.”

The floating, time-releasing Lake Guard™ particles cover the surface of the waterbody propelled by winds and currents and selectively eliminate toxic algae blooms in the water. The Lake Guard causes cell death within the general toxic cyanobacteria causing them to collapse. It is based on sodium percarbonate that releases hydrogen peroxide (H2O2) as its active ingredient, an environmental approach that leaves no trace in the water. The Lake Guard products have the U.S. EPA approval and are certified by the NSF/ANSI/CAN-60 standard for treatment in drinking water.

The dam, which lies 22 kilometres north of Pretoria, the capital of South Africa, is a popular destination with water sports enthusiasts. Sean Kerr, president of Rowing South Africa, whose members utilize the water body, said the treatment had been very effective in getting rid of the blue algae. Though, he says water hyacinths have now taken over the water surface as the lockdown has brought down any kind of care taking of the water body.

“Our technology is receiving a lot of attention from stakeholders all over the world. They have come to recognize the enormity of the humanitarian, environmental and economic threat presented by toxic algae blooms,” said BlueGreen CMO Maayan Nave. “At a time when the world is muscling an effective response against the COVID-19 pandemic, we are hopeful to see a similar approach taken against the fast-growing global distribution and frequency of toxic algal blooms.”

BlueGreen Water Technologies Ltd, has done similar work all over the world. The Roodeplaat Dam treatment is one of several emergency interventions deployed by BlueGreen around the globe. It successfully treated the 1.3 square-kilometer Chippewa Lake in Ohio last year. It has undertaken cleaning operations in Russia and China too. The Nanhu Lake in China’s Hunan Province will be their next big project, according to the company. They have other major water bodies lined up for cleaning in Florida and South Africa itself.

BlueGreen at present has two commercially-available products— Lake Guard™ Blue and Lake Guard Oxy , both designed to prevent the occurrence of cyanobacterial toxic blooms, commonly known as “blue green algae.” BlueGreen is developing new monitoring capabilities to help local communities identify and treat early-stages of algal blooms and avoid the harmful effects of an infestation on the local water environment.

Roblox, the hugely popular online gaming platform, reported its first-quarter earnings after becoming a listed company. Its revenue more than doubled as the videogame company benef
14 hours ago