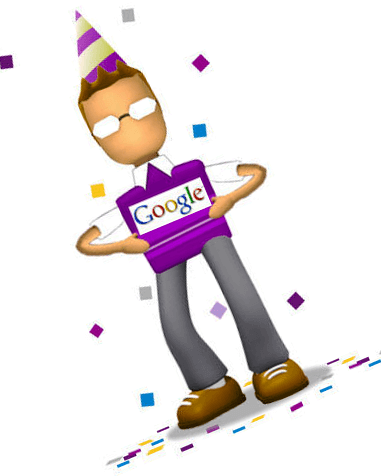 Yahoo seems to be under Google's effect.

Despite the chilling winters Yahoo still faces the heat as Google rises in Popularity. The reportedly third consecutive quarter of declining page views on Yahoo sites has further led to around 2 percent decrease in the Company’s share. Moreover, this news comes the same day as Yahoo’s announcement of laying off 1 percent of its Global workforce in the following 6 weeks.

Carol Bartz, CEO, Yahoo Inc. is now under more pressure to turn this situation around after being in charge for two years. She has promised investors that after Yahoo’s tie-up with Microsoft, the revenue growth will return in the second half of 2011.

Google, on the other hand is on a Hiring Spree in 2011. It seems that Yahoo is not just bleeding out its Revenue and Popularity, but it’s highly likely that it will bleed its workforce to feed Google and the likes of Facebook this year.

Yahoo’s growth has been impacted due to the failure of containing costs; however, Bartz strongly defended the company and its efforts to boost its Growth by saying, “I will not back down on the fact that we are getting momentum.” Citing the successful combination of its search advertising and Web search products in Canada and the US with Microsoft in October, she said that there’s a lot going on in the Company right now.

The Yahoosoft deal will last for a Decade wherein Microsoft will share 12 percent of Yahoo’s search advertising revenue. The executives at Yahoo acknowledged the fact that the revenue-boost being desperately hoped for through this search partnership is not materialized but the revenue per search is strongly expected to gain momentum later this year.

Analysts have failed to understand why the (revenue per search) RPS the biggest benefit of Yahoosoft hasn’t yet materialized when it should already have happened a long time ago. They are not too hopeful that the problem the tie up is facing will fix itself by middle of the year.

Bartz has aggressively tried to increase Yahoo’s operating profit margin by cutting costs and letting underperforming properties go. This has shown its effect by making their profit margin reach a 14 percent when compared to the 7 percent that the preceding year had. 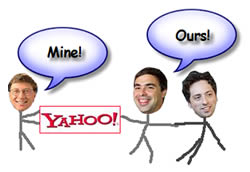 Gates Vs. Page and Brin to win Yahoo

Even though, Yahoo has been the most leading online display ads provider in the US while topping the popular web lists at the same time, the Emerging social Network sites as well as the popular ones like Facebook, Twitter are now encroaching on its once held market share and of course, Google has been always dreaded. However, Tim Morse, CFO, Yahoo inc. said that social network competition has not yet hurt Yahoo’s display ad revenue that has increased to 14 percent at $635 million.

Tim Morse told Reuters that with big customers and branded advertisers, and the premium dollars being spent Yahoo isn’t seeing that big of a competition. He even hinted that more costs aka layoffs would be coming out of Yahoo in the coming years. Although, he said that the company would also be looking to hiring new employees while firing the old ones.

The company’s Net revenue excluding website partners’ shared earnings totaled to $1.2 billion in the three months that ended on December 31 as compared to $1.26 billion in the preceding year’s corresponding period.

Some Analysts have even pointed out that advertisers were looking forward to Google and Facebook’s Doubleclick ad exchange which hasn’t yet materialized as they are not getting the incremental dollars from advertisers.

Yahoo declared its net income in the fourth quarter to be $312 million or 24 cents a share which is an improvement compared to $153 million in the corresponding period the previous year, 11 cents a share.

That has not prevented Yahoo shares from going down at $15.67 in extended trading the regular session closed out at $16.02 after the announcements on Tuesday.