Is Vertical Farming the Future of Agriculture?

2 Acres of Farming in a Shipping Container

Stuart Oda, an investment banker turned urban farmer believes that vertical indoor farming is the solution to the food crisis that the world is sure to face in the coming decades. He terms the crisis to be more severe than even climate change. The reasons being—by 2050, the world population will increase to 9.8 billion, and most of it will be living in dense urban jungles. The food production will have to go up by 70 percent to feed these teeming masses with fewer resources in land and water.

The food demand in the next 40 to 50 years, Oda says, will be more than what we have produced in the past 10,000 years. Also, the food wastage at present is phenomenal. One-third of food is wasted globally due to spoilage in transportation, or nonuse. The agriculture industry is the single most consumer of fresh water70 percent of freshwater goes into farming. It is not an abundant resource now.

To address these issues of resource scarcity and loss, many scientists and innovators have been hard at work to come up with a solution. A viable option that has come up is controlled environment agriculture, or weather or climate-proof farming, or vertical farming. This is increasingly being utilized in urban centers, arid zones, and some populous Asian countries.

This kind of farming is done in vertical rack systems as opposed to conventional farming. Oda has successfully experimented with this technology in arid zones and urban centers in Beijing. His company has successfully used an abandoned shipment container to grow vegetables in the dry climate of Dubai.

So how does this vertical farming work? 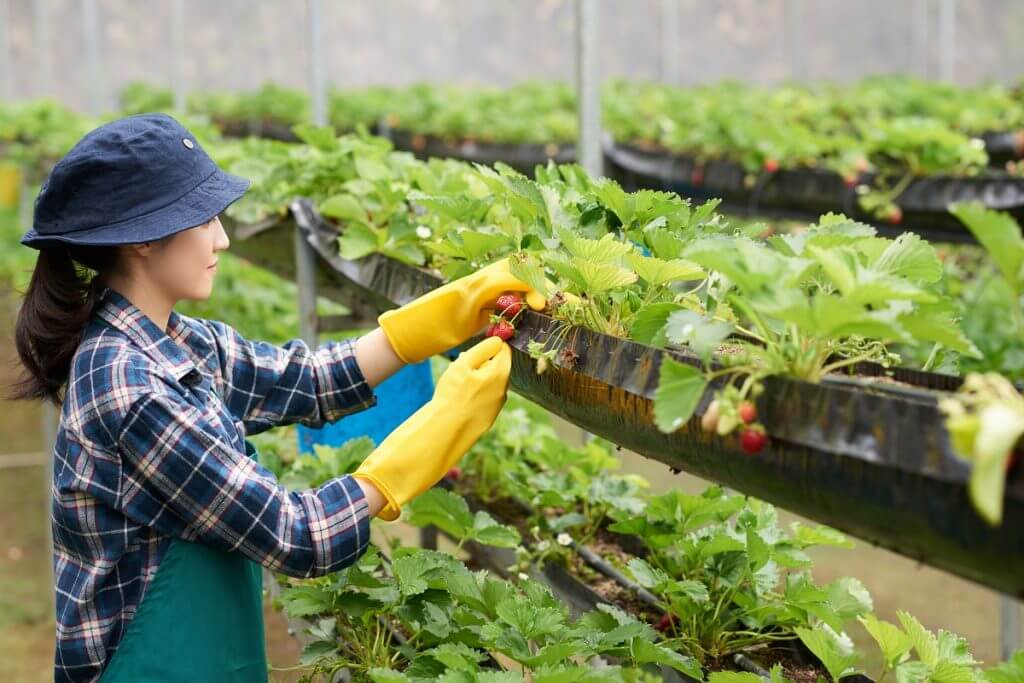 A lot of artificial elements are introduced to take the place of sunlight, water, etc. LEDs are used to provide energy in place of sunlight. Nutrients are pumped directly into the root zones of the vegetables, which are recyclable, for plant growth. Hydroponics and aeroponics systems are used for efficiency. Soil substitutes like polyurethane sponges, biodegradable peat moss, and even inorganic materials like perlite and clay pellets are used.
Racking systems can be16 to 14 storeys high. A sophisticated automation and monitoring system is used to increase productivity, efficiency, and consistency of the food.

The benefits of indoor vertical farming are many. There is year-round production, which is of consistent quality, and one can be assured of a certain quantifiable output. It is great in terms of resource efficiency. Water, fertilizers and land use goes down by almost 99 percent in this type of farming. Moreover, as the system is weatherproof, the need for fertilizers is nil. The produce can be made totally chemical-free. It gives 350 times more food per square meter than conventional farming. It will shorten the supply chain and maintain the nutritional content as the growth centers will be near urban and city centers. Also, such type of farming can be seamlessly integrated into the urban landscape with the utilization of underused civic structures, office corners, etc.

Considering the advantages, you may wonder why there is no widespread adoption of the method. The reason being it is a very energy-intensive program. Also, the variety of vegetables produced like this is limited. The cost of production is still very high for it to be widely adopted. For a better energy solution, higher efficient LED lights are being developed. Another option is to use laser lights for plant growth. Fiber optics cables to channelize sunlight to the facility in daylight hours is also another option.

Vertical farming may be the solution to an imminent water and food crisis that the world is facing. The biggest advantage is it will give equitable access to nutritional food to the most underprivileged, too once it becomes a common practice and is widely accepted. Still, a lot needs to be done before it becomes a shared reality. Stuart Oda has floated his own vertical farming company called Alesca Life.

Anna Domanska
Anna Domanska is an Industry Leaders Magazine author possessing wide-range of knowledge for Business News. She is an avid reader and writer of Business and CEO Magazines and a rigorous follower of Business Leaders.
« Coronavirus pandemic brings pall of gloom on World markets
Google launches digital wellbeing apps for Android »
Leave a Comment
Close