Is there a future beyond Smartphones? 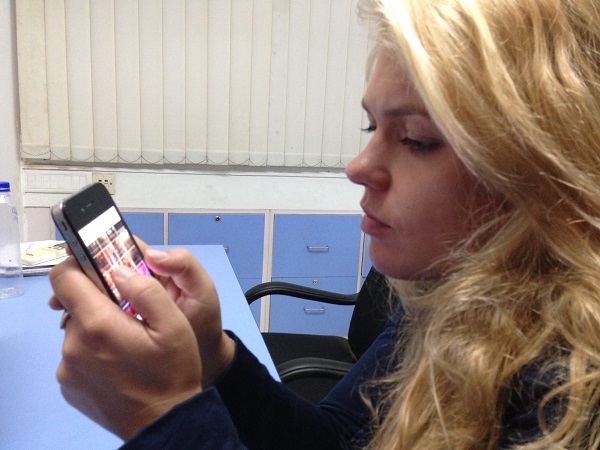 Can you imagine offices where people would sit only with their smartphones in front of them? Latest news might be showing that only future Smartphones stand a chance in rapidly changing technology world. Would future smartphones be able to substitute PC? New results of market analysis are terrifying for PCs, those who claim that in some time they are simply going to be extinct, could believe they’re right. According to the latest quarterly PC market estimated from Gartner and International Data Corporation, world shipment of PCs hasn’t been so low in five years. PC shipments totaled 80.3 million units in the July-September period marking the sixth straight quarter of declining worldwide shipments. On the other hand it seems like the best ones are still struggling, so you have three biggest sellers of PC; Lenovo, HP and Dell which have even gained some increase. This might lead you towards conclusion that people have just become more selective while buying a new PC and not stop buying it, but you would be on a wrong track. The trick here lies in the fact that they have increased their selling on PC market, but this is a constantly decreasing market. The Novelty Crazy World Not so long ago, when tablets were new thing, everybody thought they were new substitute for PCs, for sure they were the instant reason for rapid fall of consumers interest in buying PC, but seems like their market isn’t going in right direction either. They can be recognized as typical example how some things are interesting just for a short time while being new especially when it comes to technology world. But this isn’t much of a shock for marketing experts since they’re stating that from the very beginning there was a justified doubt in a need for a tablet, while tablet is often regarded as a “third device” after Smartphone and PC. As to many, they are clearly “worse” than PCs, and are just not able to be good replacement. So, if they used to be the ones to blame for disruption of the PC business, are the smartphones the ones to blame now? While PC sales are decreasing Smartphone sales grew 46.5 percent in second quarter of 2013 and exceeded feature phone sales for first time. Are they really improving that much, will future smatrphones really replace PCs? Or are they just still being a novelty and therefore very interesting? Fact is that their screens are getting bigger and bigger, they seem to have more possibilities of use and applications constantly, but still is it realistic to think that for future smartphones world won’t need PCs? While giving out the devastating results of PC market analysis, Gartner also had a word of consolation for PC producers, stating out that this third quarter of year was always worse for PC sellers and believes things might get better in next few months. I don’t know how are you reading your Industry Leaders Magazine now,  is it a tablet, PC or smartphone, but fact is that the technology world moves fast, devices are irretrievably changing, so the solution in growing demand on PCs might  be found in constant improvement, which truly leads us to future  smartphones.

Riana Petanjek
« Disney Research Develops Touchscreen That Lets You Feel Textures
Would you trust Toyota car enough to drive you by itself? »
Leave a Comment
Close