Is Kite Power The Answer To Our Energy Needs?

Kite Power Solutions expects to open a 500-kilowatt system of kite-supported power stations at the Ministry of Defense’s West Freugh Range in Stranrear, Scotland. The company hopes to launch the technology onshore and at the sea, building the systems which could produce power on a significant scale. 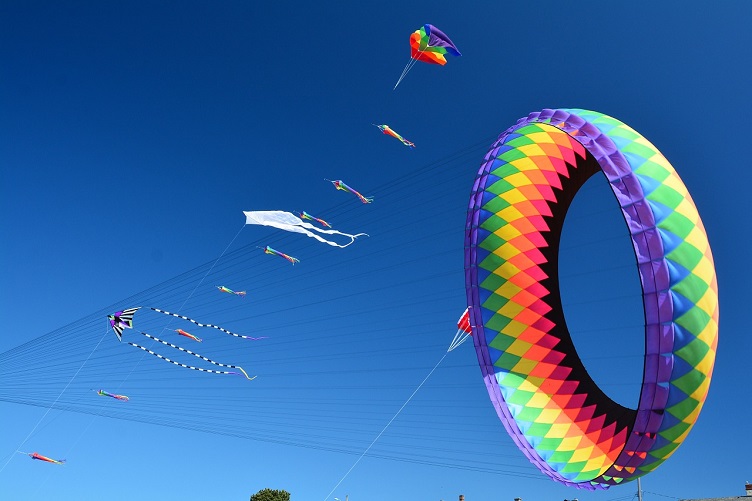 The giant kites could subsequently cut the cost of wind energy supplied by conventional turbines. Cost plays a significant role in availability and penetrability of non-conventional energy sources in developing countries. This, along with massive subsidies offered by the governments, will help developing countries and rapidly growing industrialized economies, ensure energy at a competitive price to sustain economic growth.

The UK government and Royal Dutch Shell are backing the initiative. David Ainsworth, business development director from Kite Power Solutions says the project will be tariff-free. Additionally, the cost of mooring the giant kites will be considerably less than mooring the giant wind turbines, since the kite system floats. The giant kites will fly up to 450 meters in a figure-eight pattern and pull a tether attached to a turbine to produce power. Two giant kites (each up to 70 sq. meters) alternately rise and fall, ensuring continuous power.

A 40-meter wide single kite would generate 2/3MW of power. A field of 1,000 giant kites would produce enough power as the Hinkley Point C nuclear power station in Somerset, England.

A lot of other companies are investigating the significant potential of the kite/balloon hybrids. These hybrids are called ‘kytoons’. At constant winds, these flying turbines can capture the energy of a jet stream at heights of 20,000-ft. The Stranrear region is glutted with wind. The company expects only 10 days a year when the system won’t generate electricity. During such days, the company will use a small fan to keep the giant kites afloat.

The 500-kilowatt system near the Southern Scottish town is the second in the world after a research project on the other side of the Alps in Italy. The off-shore kite farm is not just for high-altitude places. One can install it anywhere in the world. All you need is a giant kite a few hundred meters above the ground where there is always steady wind.

David Ainsworth estimates the cost of about 10 Euro cents power kWh by 2022. The off-shore kite farm technology is easy to install and maintain. Its potential might open up a global deepwater offshore wind market. Moreover, the technology will also help curb the rising Co2 levels in the emerging countries. People in such countries resort to polluting technologies such as diesel to save some money.

Tech billionaire Bill Gates says there’s a 10 percent chance kite power could be the solution to our energy woes.

Kite Power Solutions plans to move its headquarters to Glasgow for 2017’s big launches. It plans to build a 3MW power station and is looking for other sites to develop. It has received funding from the Energy Entrepreneurs, the Department of Energy and Climate Change and private investors.

Anna Domanska
Anna Domanska is an Industry Leaders Magazine author possessing wide-range of knowledge for Business News. She is an avid reader and writer of Business and CEO Magazines and a rigorous follower of Business Leaders.
« Is YouTube A Stairway To Stardom?
Google Acquires FameBit to bring in Marketers for YouTube »
Leave a Comment
Close