The COVID-19 pandemic has shown what havoc unchecked and indiscriminate environmental degradation can result in. Added to that is the rising temperatures due to the damaging amounts of carbon released in the atmosphere.

The world needs an urgent commitment to stop this devastation and look for innovative sustainable solutions. Biomimicry is one of them.

Biomimicry is a nature-inspired solution to the problems faced by our planet. It imitates nature to find innovative designs to foster sustainability. We can use biomimicry to not only learn from nature’s wisdom but also heal ourselves — and this planet — in the process.

The whole purpose is to design and invent things that become a force for restoring air, water, and soil instead of degrading it. Biomimicry encourages conservation for ecosystems and its inhabitants because they hold the wisdom we need. The idea is to look at the biological blueprints left to us by nature’s creatures.

According to architect Michael Pawlyn, the founder of London-based architectural firm Exploration Architecture and a great believer in biomimicry, “We need to find ways of using materials that take carbon out of the atmosphere. Can we learn from biology to design a built environment that has a net positive impact?” 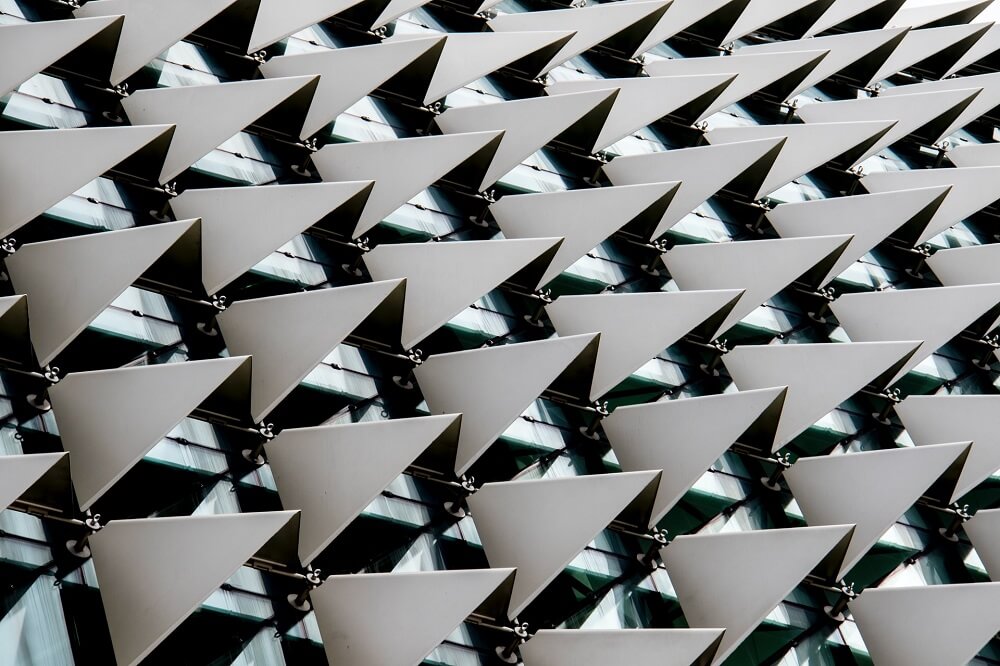 The thing to learn from nature is how to design for the ultimate decomposition and dispersal of any material.

He believes whole cities can be built by using materials that remove carbon dioxide from nature rather than adding to it.

Buildings could be constructed from materials containing atmospheric carbon that can be recycled at the end of their lifetime, Pawlyn said, while speaking at a panel discussion about architecture, nature and technology held by Dezeen Magazine and Dassault Systèmes.

There are new types of carbon-rich concrete and bioplastics that lock up large amounts of carbon. Instead of releasing them in the atmosphere.

Studies show that concrete buildings and cement are big contributors of global warming, accounting for around eight percent of global CO2 emissions.

“Biomimicry involves a complete rethinking of the type of materials we use and the way we put them together,” Pawlyn said.

He believes that scientists, researchers and architects should collaborate to develop materials that mimic natural climate-regulating systems on earth. Pawlyn has helped launch Architects Declare, a climate action group to propagate and promote these collaborative efforts.

“That gives us a real chance to reintegrate what we do into biological systems and end up with buildings and cities that are zero waste, use far less material, emit no pollution and deliver net benefits,” he added. “We can get to a point where architecture is actually producing a positive impact.”

He gave the example of mircro-organisms and plants who have been removing carbon from the atmosphere and turning it into fossil fuels and minerals for aeons.

Bio-mineralisation also happens in the oceans, which absorb vast amounts of carbon dioxide from the atmosphere.

“We could learn from that and decide that we’re actually going to make more stuff using atmospheric carbon,” he said. Using wood and other carbon-rich natural materials is one way of doing this.

“Another good example is making biologically-derived polymers that can be used to 3D-print efficient and beautiful structures,” Pawlyn said.

The thing to learn from nature is how to design for ultimate decomposition and dispersal of any material.

There are many companies involved in making environment-friendly material. Blue Planet, a sustainable environmental solutions company, is working on a product that is 44 percent carbon dioxide. The manufacturing process mimics the formation of ooids – naturally occurring grains that are coated in calcium carbonate.

Blue Planet believes that half of the carbon released in the atmosphere (22 million tons) can be eliminated if people switched to the material.

MIT Media Lab’s Mediated Matter Group is creating a new field bio-informed design in which “buildings with biological materials can adapt, respond and potentially interact with their surroundings.”

The fashion industry too is looking to adopt a next-generation textile production model that recognizes its connections to the biosphere. Advances in regenerative agriculture, cellulosic fibers, fermentation, and gasification, can work with existing technology and nature to jump-start the transition to bio-compatible fibers.

Many other solutions have been found by companies through mimicking nature and its creatures. For example, the Shinkansen Bullet train, the fastest in the world, had a serious noise pollution problem. The engineers found a solution by mimicking what a kingfisher does with its beak while diving for food in a lake. It makes a seamlessly silent dive into the water with its beak. The train’s nose was redesigned to resemble a kingfisher’s beak, which brought down the noise levels tremendously.

PowerCone Wind Turbines looked at maple tree seeds to design better airflow. Dolphin calls have been imitated to send messages through the water. The gecko’s suction method to stick to surfaces has been replicated in a lot of industries. NASA has designed a robot that can stick to tough surfaces based on the suction method that lizard’s use.

The way trees survive in the most hazardous conditions through years, how the plant systems work within nature to survive and perpetuate, is being studied to form a natural ecosystem for humans that is sustainable.

Pavan Sukhdev, lead author of UN Secretary General of the UN’s Green Economy Initiative, says people need to look at nature through an accounting lens where its contribution through a valuable range of ecosystem services has to be taken into consideration. They have added tremendous economic value to countries’ GDP, he believes. Profit and loss accounts fail to factor in the dependency of companies on nature, and also their impacts on nature. Both can be bigger than their annual profits, he adds.

Anna Domanska
Anna Domanska is an Industry Leaders Magazine author possessing wide-range of knowledge for Business News. She is an avid reader and writer of Business and CEO Magazines and a rigorous follower of Business Leaders.
« Bumble IPO priced above expected range at $43 per share
Disney earnings top expectations; driven by streaming unit »
Leave a Comment
Close

The McPlant Burger is coming to nearly 600 McDonald’s outlets in the Bay Area and Dallas-Forth Worth starting February 14.
1 hour ago

In a 2019 internal document obtained by Recode, many employees attest to being demoted, ostracized, or assigned to less desirable projects for speaking out.
2 hours ago

The running lights, too, have a classier, sporty design. Cadillac aptly captioned the video “Power has a sound – and it’s a roar.”
23 hours ago