Apple’s interest in the publishing business is becoming clearer. But its expansion strategy may be short-lived, according to experts. The tech giant acquired a subscription-based digital magazine distributor Texture earlier this year with the interest to offer something worth more than its free monthly Apple News, and to more audience.

Content is the key to any media outlet and Apple Texture is already featuring the contents of some big publishers such as Wired, People, Forbes, Fortune and National Geographic. That’s a little of where Apple is heading for. Apple executives, led by Eddy Cue, Texture content boss, are negotiating with some traditional newspapers about joining the magazine. Recode reports that discussions are seriously going on with the Wall Street Journal, New York Times and the Washington Post to bring in their contents.

Without doubts, Apple is investing big to make its content sales and subscription a successful one. The company is already investing at least $1 billion into a series of TV shows going on air in 2019 after hiring top Sony TV executives. But the arrangement it’s making with the traditional newspapers in packaging Texture is still unclear. A similar experiment, Facebook’s Instant Articles, has proved what such structure could bring: a flop and should serve as a lesson or negotiation basis to publishers. 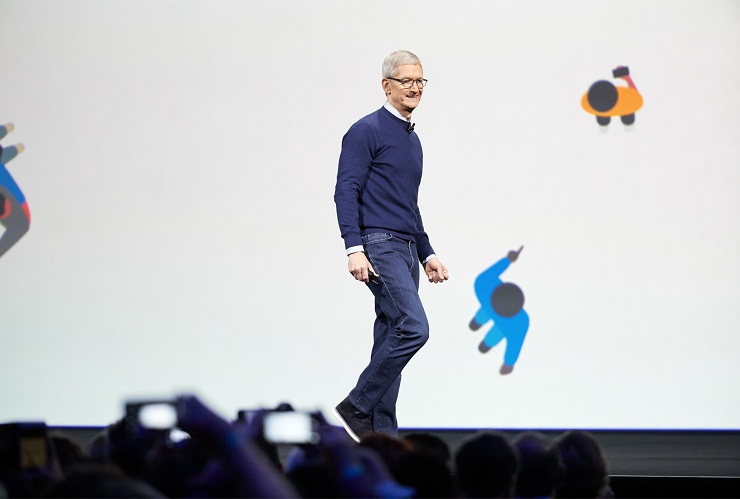 Texture allows users to enjoy unlimited access to their contents for a $10 monthly subscription. Source: Apple

Instant Articles allowed Facebook to control contents from many publishers in exchange for an increased number of readers and to get a fraction of ad revenue, which could be nice, though the structure failed. The already established publishers would have sacrificed more by allowing the largest social network to not only have their contents but track their visitors just to attract new ones. None is surprised at a disappointing outcome.

Over half of the publishers that joined Instant Article at its launch have since abandoned the partnership quietly, according to a recent research by Tow Center, reported by Columbia Journalism Review.

We could have forgotten so quickly and continue to validate the same business stratagem that has failed us over and over again, though Apple could have an entirely different proposal.

What Apple Texture could offer the traditional magazines

The various ways Apple could possibly structure its proposal would hardly sell to the publishers which have big subscription businesses running already. Channeling their contents to Texture is a way of cannibalizing their own sales and Apple is not submitting the proposal for charity.

Texture allows users to enjoy unlimited access to their contents for a $10 monthly subscription, while the Washington Post requires the same amount for a basic all-digital subscription; the Times has its fee pegged at $15 a month, and the Journal demands $37 monthly subscription fee. Before Apple acquired Texture, the magazine pays its content providers based on the number of reads their titles generate.

That withstanding, readers would prefer a subscription with Apple Texture for a much smaller payout and more reads than signing up directly with any of the publishers. In addition to that, an executive member of one of the publishers has expressed fears on the partnership by saying that dealing with the subscribers directly is more attractive than being part of a bundle of publications, according to Recode. In summary, Apple is on a high track of dropping them eventually, just like the publishers dropped out a similar experiment by Facebook.

Apple could propose what Facebook offered in its Instant Article experiment. In January, the company announced it has 1.3 billion active devices. And considering the company’s successful marketing tactic, promising to convert the hardware customers into digital subscribers is a huge possibility. But this is totally being myopic and a failed attempt to understand how consumers think.

First, the Apple magazine is not restricting readers from other platforms. It’s a digital magazine available on Google PlayStore and Amazon digital services, aside from Apple iOS. On the latter argument, the free monthly Apple News has barely won a significant number of readers. Apple said it has 60 million readers using the services. That represents just 5% percent of the entire hardware customers, not considering that the service is free. An attempt to win a good fraction of the hardware users will not just require a free Texture.

Apple may have a lifeline of gaining partnership with the said publishers considering that Facebook, which has assumed a similar position, frustrated most of the news organizations by frequently changing its news distribution policy. However, any foreseeable deal would be on a path to disappoint the parties after a few months.

Carrie Ann
Carrie Ann is Editor-in-Chief at Industry Leaders Magazine, based in Las Vegas. Carrie covers technology, trends, marketing, brands, productivity, and leadership. When she isn’t writing she prefers reading. She loves reading books and articles on business, economics, corporate law, luxury products, artificial intelligence, and latest technology. She’s keen on political discussions and shares an undying passion for gadgets. Follow Carrie Ann on Facebook
« Why is the cryptocurrency market crashing so hard?
Why Fly When You Have Luxury Autonomous Cars? »
Leave a Comment
Close